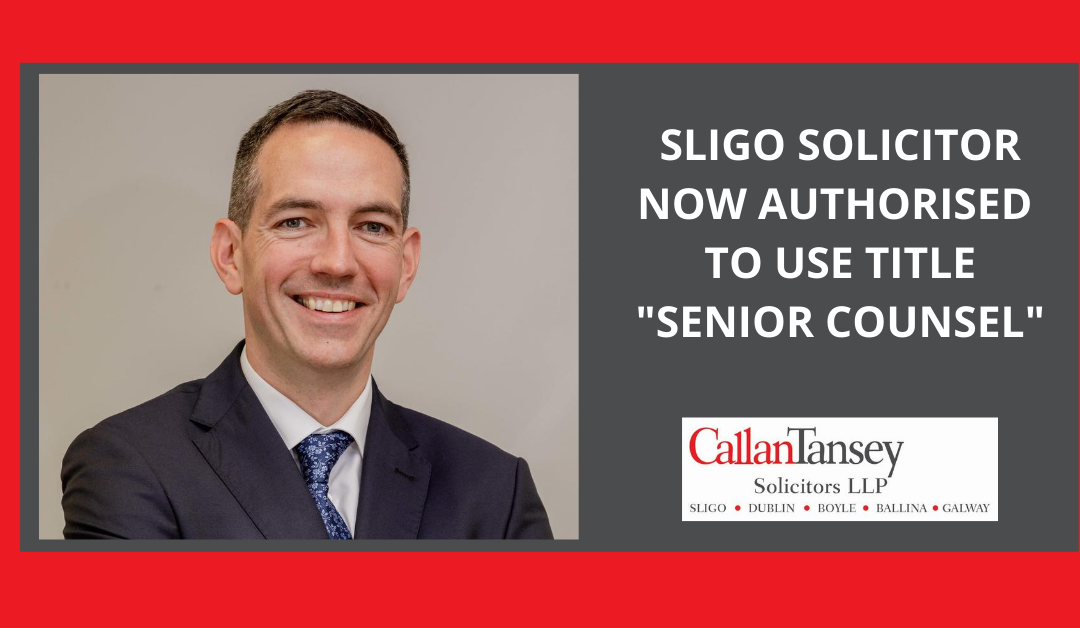 Roger Murray, Head of Medical Negligence at Callan Tansey, was among the very first solicitors in the State to be granted Letters of Patent of Precedence on 1 September, 2020.

This historic grant was made by the Government on the recommendation of the Legal Services Regulation Authority and entitles him to use the title of “Senior Counsel”.  This title, until recently was only held by barristers.  It is significant because it is formal recognition of his standing in the profession, his specialist knowledge and experience over many years as a litigation solicitor in the field of Medical Negligence.

“I was encouraged by my colleagues to pursue this opportunity, and I am delighted that my application was favourably received.  It is a huge honour for me to be among the first ever solicitors to have been granted a Patent of Precedence”.

A formal presentation ceremony is planned for later this month.