Verdict of medical misadventure over baby’s death in 2015 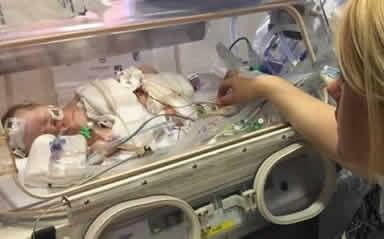 Coroner Dr Myra Cullinane said there had been a lack of clarity regarding who was responsible for observing and monitoring baby Stevie’s mother, Sandra Cullivan.

Baby Stevie was extremely sick on delivery and had to be transferred to the Rotunda Hospital in Dublin, where he died on 30 April.

The inquest heard evidence previously from his mother, that she had been left alone in a private room at Mullingar for 90 minutes without monitoring before the birth.

Medical evidence was that baby Stevie suffered a lack of oxygen to the brain shortly before delivery, but the exact time this occurred could not be determined.

The staff had not expected any problems at birth, however, baby Stevie was born limp and unresponsive and needed resuscitation.

At the end of the inquest, lawyers for the HSE said they wanted to offer their sincerest apologies for the care provided to Mrs Cullivan and her baby.

They also apologised for the distress she suffered.

The HSE has previously apologised in writing to Ms Cullivan.

It also set up an internal review that identified shortcomings and has made recommendations for improvements.

After the verdict, Mrs Cullivan said she felt she had got justice and answers.

She said it had been a long and hard fight of two years and seven months since baby Stevie died.

She named her baby in his memory.