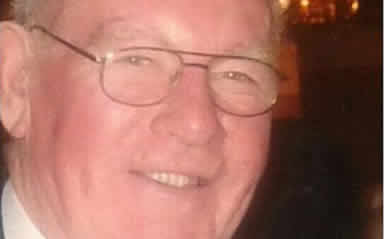 The jury at the inquest into the death of an 82-year-old man at Mayo General Hospital has returned a verdict of medical misadventure.

Darby King sustained minor injuries in a traffic collision on 24 April 2014 but his condition deteriorated in the days that followed and he died in hospital on 27 April. The inquest into his death earlier heard that an “unacceptable delay” in administering blood-clotting medication seriously compromised his chances of survival. Consultant neurosurgeon Donald A Campbell was giving evidence after he was instructed by Mr King’s family to compile a report on the treatment provided to him. Mr King had a history of Transient Ischaemic Attacks (TIAs or mini-stokes) and was on blood-thinning medication at the time of the crash. The inquest has heard that Mr King appeared to have had a stroke prior to the traffic collision that led to his admission to hospital. He initially presented with minor cuts to his face but a CT scan showed evidence of haemorrhaging around his brain.

Castlebar Coroner’s Court has heard that neurosurgeons in Beaumont Hospital provided advice to doctors in Mayo to administer Vitamin K to counter the effect of blood thinning medication. They subsequently advised that an anti-clotting drug, Octaplex, be provided. The inquest heard this was not administered for a number of hours after the recommendation was given. Mr Campbell said there was no excuse for not following set guidelines which were in place in hospitals across Ireland and Britain for the timely management of patients presenting with symptoms like those of Mr King.

He said if anti-coagulants been administered sooner, the prospect of Mr King being alive would have been significantly enhanced. Dr Campbell said Octaplex was a very effective drug but it had not been provided until more than ten hours after Mr King was brought to hospital. The jury was shown images from the two CT scans carried out on Mr King. These show how the haemorrhaging increased substantially. Mr Campbell said this demonstrated that doctors at Mayo General Hospital “had missed the boat”.

Earlier, a consultant neurosurgeon at Beaumont Hospital, Darach Crimmins, said that given the increase in the bleeding revealed by the second CT scan on Mr King, it was very unlikely he would have ever made a full recovery. He said there was a very high mortality rate for patients with bleeds of this nature. A number of nurses at Mayo General Hospital earlier outlined serious staffing issues at the emergency department. In depositions at the inquest in Castlebar today, several staff described how they have had patient safety concerns because of a shortage of nurses.

The inquest into the death of Mr King heard how “grave concerns” were expressed in correspondence with hospital management about the ability to maintain safety with depleted staffing levels on the week he was admitted to hospital last year. It also heard claims from Mr King’s daughter that he was not treated with care or dignity during his time in the emergency department. The court heard how Clinical Nursing Manager Jennifer Quinn sent emails on 22 and 24 April outlining the impact sick leave and maternity leave had on the provision of care in the emergency department. Her colleague, Geraldine Flannery, told the inquest the emergency department was extremely busy on the day Mr King was admitted, with over 100 patients being seen.

She said the staff-to-patient ratio was not satisfactory for that number of cases. Mr King was driving an Opel Vectra that veered into a stationary Isuzu Trooper at Belcarra in Co Mayo, both vehicles were damaged and Mr King sustained a small laceration to his forehead and cuts to his face. An ambulance was called to bring him to Mayo General Hospital. Emergency department staff nurse Maureen Barrett told the inquest Mr King did not appear to be confused when she spoke to him. He denied loss of consciousness and said he had no neck or back pain. He told Ms Barrett he had been blinded by the sun in the moments prior to the collision and that this is what had caused him to crash. Mr King said he had no chest pain or dizziness prior to the incident. He was transferred to the Medical Assessment Unit but his condition deteriorated and subsequently was sent for a CT scan of his brain. After Mr King’s condition worsened, a CT scan was carried out, which showed a number of areas of haemorrhage around the brain. No fractures were identified.

The inquest heard that Mr King was on blood thinning medication and the view of experts at Beaumont Hospital in Dublin had been sought about his treatment when the scan was completed.

His daughter, Caroline Murnane, told the inquest that she was worried that her father was agitated and restless in the hours after his admission to the emergency department, adding he was complaining of bad headaches and “seemed very unwell”. Ms Murnane sought pain relief for her father a number of times. She told the Coroner’s Court that he was frightened and in a vulnerable state. She said she felt he was not treated with care, respect or dignity during his time in the ED. She also questioned whether the correct steps had been taken in her father’s case management, given that he was on warfarin therapy. Speaking afterwards, Ms Murnane said she felt the jury had given her father a voice. She said it was vitally important to the family that this had happened because they felt his voice had not been heard during his time in hospital.