Inquest into cancer patients death in a Galway hospital 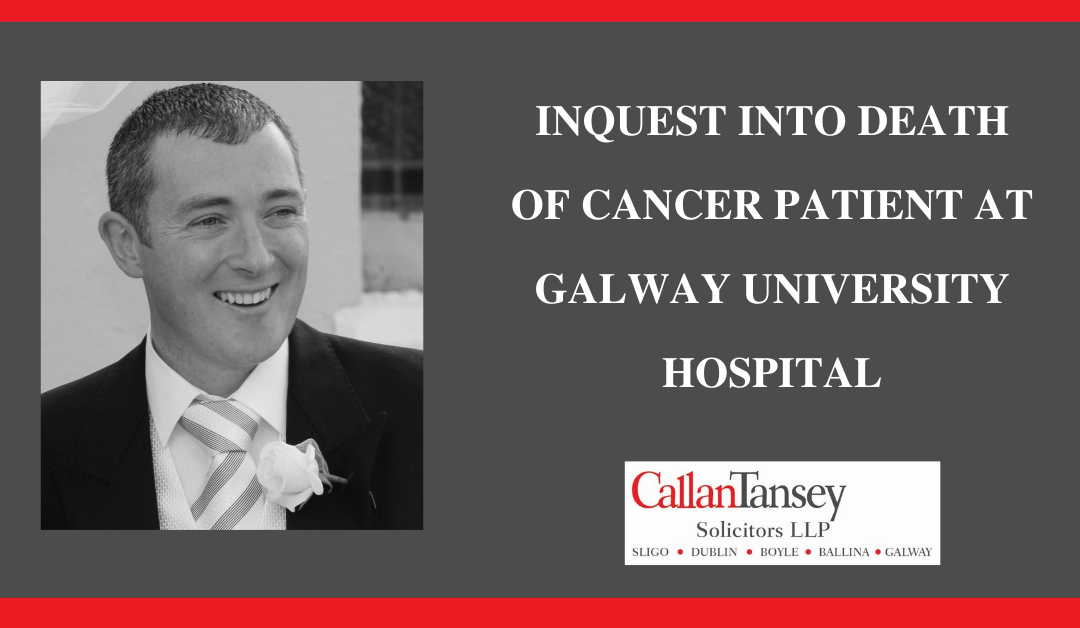 The longest running medical inquest in the history of the State was conducted into the death in a Galway Hospital of 43 year old cancer patient Mr Shane Banks.  The family of the late Mr Banks was represented by Mr Roger Murray SC, Partner and Head of the Medical Negligence Department with Callan Tansey Solicitors. A verdict of medical misadventure was returned  on February 18th 2022.

Mr Banks death in Galway University Hospital followed two surgical procedures to remove his right lung in which he had a small malignant mass.  When the inquest heard evidence from the doctor who carried out both surgeries, Prof Mark da Costa. 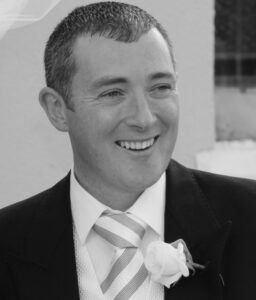 Evidence was also heard from numerous surgical, anaesthesia and nursing witnesses to this death, as well as Shane’s widow, Ciara Banks (nee McDermott).

Ciara Banks gave evidence on the first day of the enquiry.  She said that Shane’s family have significant unanswered questions surrounding how he died. They learned after Shane died that one of the doctors involved in his care had, for the preceding  18 months or so, been the subject of a support/mentorship/ supervision programme in respect of that doctor’s cardiac practice.

In early 2019, Shane had symptoms of a chest infection that persisted for over three weeks, despite a course of antibiotics. In early March, Shane coughed up some blood and was referred for an x-ray by his GP.  On 11th March 2019, Shane underwent a chest x-ray which showed an abnormality in his right lung. He underwent a CT scan, which confirmed the presence of a mass in his right lung but further tests were required. Ultimately, he was diagnosed with lung cancer. He was referred to a Cardiothoracic Surgeon in Galway University Hospital. Shane had an initial consultation with the surgeon and a plan was formed. Shane would undergo a lobectomy with lymph node dissection. At the initial consultation, the surgeon said he expected Shane to be fully recovered within 3-5 days of the procedure.  Before the first surgery, Shane had registered for the Warrior’s Run in Sligo, a 15k race; he was recorded in the notes as having an excellent level of fitness.

The operation was originally scheduled for the 7th June 2019 but was cancelled a number of times, ultimately being done on the 10th June 2019. After the first operation, the family was informed that the upper lobe of the right lung had been removed as well as the middle lobe. Shane was admitted to ICU for the early part of his recovery and he remained there until 13th June 2019, when he was moved to his own room. Later that day, the family learned that Shane had pneumonia; he was put on  IV antibiotics.

On 14th June 2019, the Cardiothoracic Surgeon met Ciara and Shane to discuss his care and plan.  He told them that a lymph node had become stuck to Shane’s pulmonary artery. The surgeon had to partly dissect the pulmonary artery. He had removed a number of lymph nodes for testing.  According to the Surgeon, the margins were not clear, but the tumour had not spread. The plan, according to the family.was for Shane to undergo a second procedure during which a sample would be taken and tested immediately. The result of the biopsy would be available during the operation. This would determine whether or not the entire right lung would have to be removed. Shane continued receiving antibiotics intravenously for the active infection.. The second procedure was booked for the late afternoon on Friday, 21st of June 2019; coincidentally Shane and Ciara’s sixth Wedding Anniversary. During this second surgery, the right main pulmonary artery was torn, causing Shane to suffer massive blood loss. Emergency calls went out for extra doctors to assist. He required urgent fluid resuscitation, a massive blood transfusion and had to go onto a by pass machine. The surgical team managed to find the source of the bleeding and to control it, and resection of the damaged pulmonary artery was performed as well as completion of pneumectomy.

Recorded as Being Clinically Septic

Following the second procedure, Shane was again admitted to ICU. Shane was extubated on 22nd June 2019; he later reported pain and difficulty in breathing. He was recorded as being clinically septic on the 23rd, with early signs of pneumonia  in his remaining (left) lung. On the morning of the 24th June 2019, Shane was commenced on non-invasive ventilatory support and diuretic. He went downhill very rapidly, and a decision was taken to re-intubate him. During intubation, Shane was severely hypoxic and hypotensive and suffered a cardiac arrest. Following a period of approximately forty-five minutes of cardiopulmonary resuscitation (CPR), Shane was pronounced dead.

At the outset of the inquiry, Counsel for the HSE, Luan O Braonain SC, told the Coroner, “With hindsight, having learned from these events, the hospital and Saolta accept that there was a failure to introduce similar supports for  [that doctor’s] thoracic practice” and “sincerely apologised “ to Ciara McDermott and Shane’s family for the “potential impact that failure had on Mr Banks’ outcome”.

Born in Sligo on 27th of October, 1975, Shane was the eldest of three boys (Ray and Allen) born to Michael and Margaret Banks of Ballisodare, in County Sligo. He was a much-loved brother, son, father and husband who is and will always be sorely missed. Shane and Ciara first met in 2004 . They were engaged in December 2012 and were married on 21st June 2013.  The couple had three children. Shane’s dream was to return to live in his native Sligo and in September 2016 he successfully applied for the role of lecturer in Computing in Sligo IT, in the Department of Computing and Creative Practices. The family relocated to Sligo in June 2017. Ciara transferred to Ballymote Garda Station in April 2018.

The family had significant unanswered questions about Shane’s care and sudden death in Galway University Hospital.  It was their hope that the inquest would address these concerns and shed light on the full circumstances of his treatment.

Speaking after the inquest, Roger Murray SC, solicitor for the family, said they were robbed of the cultural activites surrounding death and that Shane “fought courageously and ran the race of his life in the days before his death. However now a medal for the Warrior’s Run in Sligo, which he planned to compete in hangs instead on Shane’s gravestone.”

Johan Verbruggen, associate solicitor with Callan Tansey, added that “the family and legal representatives would like to thank the coroner for his lengthy and thorough inquiry, no stone was left unturned in finding out how Shane died. It is now over to the hospital to take the lessons and recommendations from the inquest and use them to improve patient safety.”

You can read media reports of the inquest at the links below: