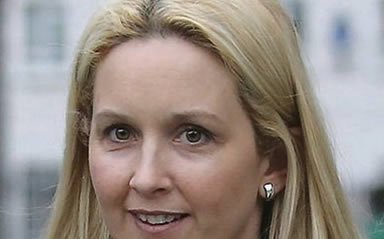 A WOMAN had a “near-death experience” when she began to haemorrhage internally after her baby was delivered by Caesarean section, the High Court has been told.

Honey Larkin said she nearly died, and that by the time she was brought to an operating theatre at Letterkenny General Hospital in January 2008 for surgery to stop the bleeding, she had lost more than half of her blood.

Ms Larkin (40) of Stackernagh, Churchill, Letterkenny, Co Donegal, has sued the HSE and consultant gynaecologist at Letterkenny Eddie Aboud for alleged negligence and breach of duty.

She claims she is suffering from post traumatic stress and has not recovered from her alleged near-death experience.

She also claims the defendants failed to check or recognise the sign that she was bleeding profusely.

She further alleges that there was a failure to attach due significance and to take appropriate action in response to her distress signals.

It is alleged that by the time Ms Larkin underwent the second operation to stop the bleeding, she was in danger and had suffered massive blood loss and a near-death experience.

The claims are denied and the defendants say that Ms Larkin was treated in a timely and appropriate manner whenever the surgical complications were identified.

Her counsel, Gerard Clarke, told the court that as a result of the experience, Ms Larkin and her husband had taken the difficult decision to not have any more children.

And the plaintiff told how she “felt cheated” by her entire experience in hospital.