Hospital worker awarded €65k after being defamed on Facebook 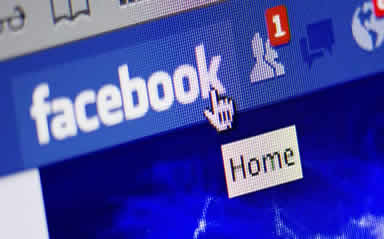 Hospital worker James Woods, a former secretary of Roscommon County Darts, was given the award after effectively being accused of stealing funds in the 1980s and 1990s.

The case, heard at Carrick-on-Shannon Circuit Civil Court, was described by Digital Rights Ireland as “a wake-up call” for people who think they can publish comments online with impunity.

It came just over a year after a Co Offaly man was awarded €75,000 – the maximum allowable at Circuit Court level – after untruthful claims were posted about him on Facebook.

In the latest case Mr Woods, of Gurteen, Co Sligo, was awarded €65,000 in damages plus his legal costs over a comment posted by Colm Mulvey, of Hillcrest Grove, Drumshanbo, Co Leitrim.

Judge John Aylmer ruled Mr Woods had been the victim of “a particularly nasty defamation” with “pretty devastating effects for him”.

Details of the case, which was finalised last week, were first published by the ‘Leitrim Observer’ newspaper.

The court heard the case was brought over a posting by Mr Mulvey on the ‘Darts in Ireland’ Facebook page on August 22, 2016.

Mr Woods, originally from Boyle, Co Roscommon, was a former member of the National Darts executive, and a former secretary of Roscommon County Darts.

At the time of the posting, he was the secretary of the Sligo Darts League.

Barrister Keith O’Grady, for Mr Woods, said his client became aware of a posting in relation to money which had gone missing in the 1980s and 1990s.

The message, posted by Mr Mulvey, said: “You should look closer to home in the 80s and 90s when someone from Boyle was the chairman.”

Mr Woods explained to the court that he was not involved in Roscommon County Darts in the 1980s, and only became involved in the late 1990s.

He said he was aware that money had disappeared from an account, but he didn’t know who was responsible.

Mr Woods said that after the post he went into work and was asked by a colleague how much he had stolen.

“Management were asking me if there was a criminal investigation, as I wouldn’t be able to work in the hospital. It nearly destroyed me,” he said.

Mr Woods also said he relinquished his position within the Sligo Darts League, because people were asking him where the money had gone.

He told the court that he could categorically say he didn’t know anything about the matter and that he wanted to clear his name.

The court heard Mr Mulvey sent an apology to Mr Woods’s solicitor and was given a number of days to publish it on the Facebook page. However, he did not do so.

In the apology, Mr Mulvey said he was “totally ashamed” and could “only imagine the devastation caused”.