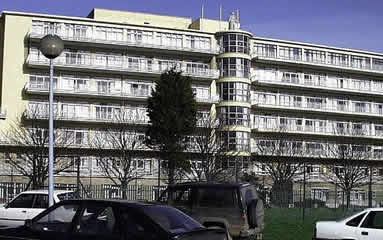 The parents of a baby boy who died eight days after his birth at Our Lady Of Lourdes Hospital in Drogheda have settled their case against the HSE for an undisclosed sum.

The settlement, made without admission of liability, was achieved following mediation and the family urged afterwards, through their solicitor, that mediation be pursued in other suitable medical cases.

Maria Leslie and Thomas O’Rourke, from Rathmullen Park, Drogheda Co Louth sued the HSE after a feeding tube perforated the heart of their infant son whom they named Thomas.

They said no amount of money could compensate for the “horrendous loss” they had suffered but acknowledged, because the case settled in mediation, they had been spared the stress and trauma of a trial.

Today, Mr Justice Paul McDermott granted the necessary court approval for part of the settlement to allow the statutory sum of €35,000 in cases of wrongful death to be paid to the family.

Doireann O’Mahony BL, for the family, told the judge the parents had settled their case against the HSE arising out of the death of the baby.

The terms of the mediated settlement were not disclosed and it was reached without admission of liability.

The court was told, after an uneventful pregnancy, the baby was born 12 weeks prematurely at the Drogheda hospital on July 21st 2014 at just under 28 weeks gestation.

In their claim, the family said he was born with a bradycardia – a very slow heart rate – in spite of normal blood gases.

On his fifth day of life, a feeding and medication tube, known as a PICC line, which is normally inserted into the chest cavity and positioned in a main vein, was inserted to facilitate intravenous feeding.

It was claimed the line was incorrectly positioned and had to be removed.

On the second attempt at insertion, the line perforated the baby’s heart, resulting in nutritional fluid from the feeding tube leaking into his heart.

Thomas collapsed and died three days later, eight days after his birth. The family claimed gross negligence and breach of duty on the part of the HSE and its agents caused them to suffer severe shock-induced psychiatric injury.

An inquest into the child’s death returned a verdict of medical misadventure.

The coroner said the insertion of the feeding line was relevant to the cause of his death.

Today, approving the payment of the €35,000 sum known as a solatium, the judge described it as a “very tragic case” and offered his condolences to the family.

Outside court, the family, through their solicitor Kathrina Bray, said no amount of money could compensate for the “horrendous loss” they had suffered but they hoped to use the money for Thomas’ three brothers.

Further articles can be read here: