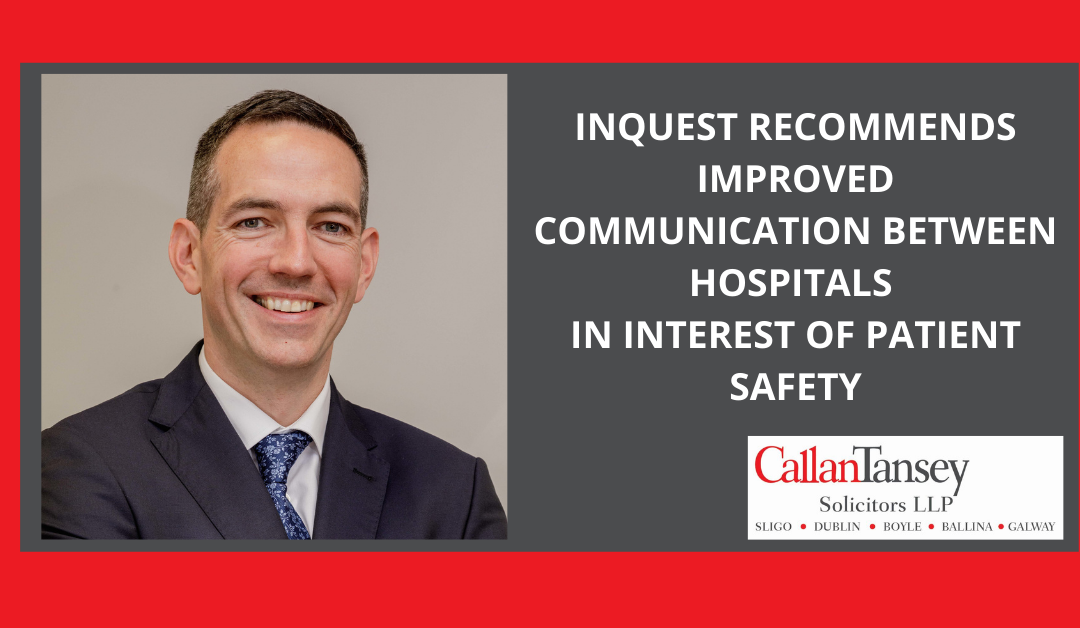 The Limerick city coroner has recommended improved communication between private and public hospitals. He was speaking at the conclusion of an Inquest into the death of Brigid O’Loughlin (78), from Inch, Ennis, Co. Clare, who died at University Hospital Limerick on 4 October, 2017, following a number of visits to both the Bon Secours Hospital in Galway and UHL.

A CT scan carried out in July 2017 at the Bon Secours Hospital diagnosed that Brigid had mesenteric ischemia, a potentially fatal condition that restricts blood supply to the stomach, liver, colon and intestine. However, when Brigid was discharged from that hospital on 4 August 2017, the written discharge summary she was given made no mention of this deadly disease. A longer letter of discharge, which arrived with Brigid and her GP 12 days later ,did mention mesenteric ischemia. Her family are adamant that they were not informed until that date of their mum’s dangerous diagnosis; this evidence was contested by Brigid’s treating consultants who appeared before the Inquest. Brigid was seen in A+E at UHL on 12 August, with the staff unaware of her dangerous diagnosis; consequently, she was not admitted. 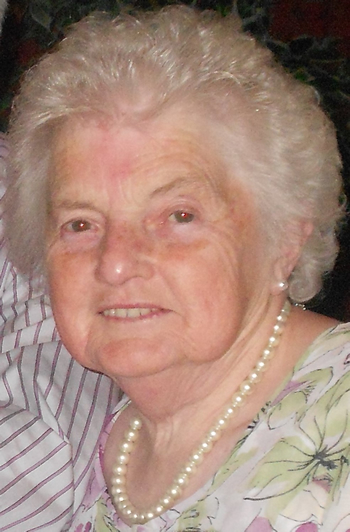 Brigid became very ill with her condition on 17 August, and was referred urgently by her GP back to UHL.  A number of doctors from UHL told the Inquest that they were not aware that Mrs. O’Loughlin had been diagnosed with the condition three weeks previously. This led to a delay in treatment for Brigid’s condition, which by that time, had become critical.

The inquest, which took place over two days in Kilmallock Courthouse and the Courthouse in Limerick, heard from 12 witnesses, including 11 doctors and specialists, and returned a narrative verdict.

The Coroner, John McNamara, using new powers  in the Coroner’s Act 2019, issued three very strong Recommendations to improve public heath and safety: firstly, that medical information should be clearly set out in discharge documents; secondly, that both private and public hospitals share all scans and medical records, electronically if possible; thirdly, that all medical notes should be clearly legible, signed and dated.

Speaking on behalf of the family, Mrs. O’Loughlin’s daughter Martina stated that, “our hope is that lessons learned from this will translate into improvements in patient safety”.  She also said the family feels “vindicated” and she acknowledged the diligence of their legal team at Callan Tansey Solicitors.

Roger Murray SC, their solicitor, said : “ People should not be afraid to get legal help to ask the tough questions. Brigid’s family finally got the answers they needed. The process was tough, but the outcome has provided them with a great sense of solace”.