Woman who had cyst on her brain receives €3 Million Settlement 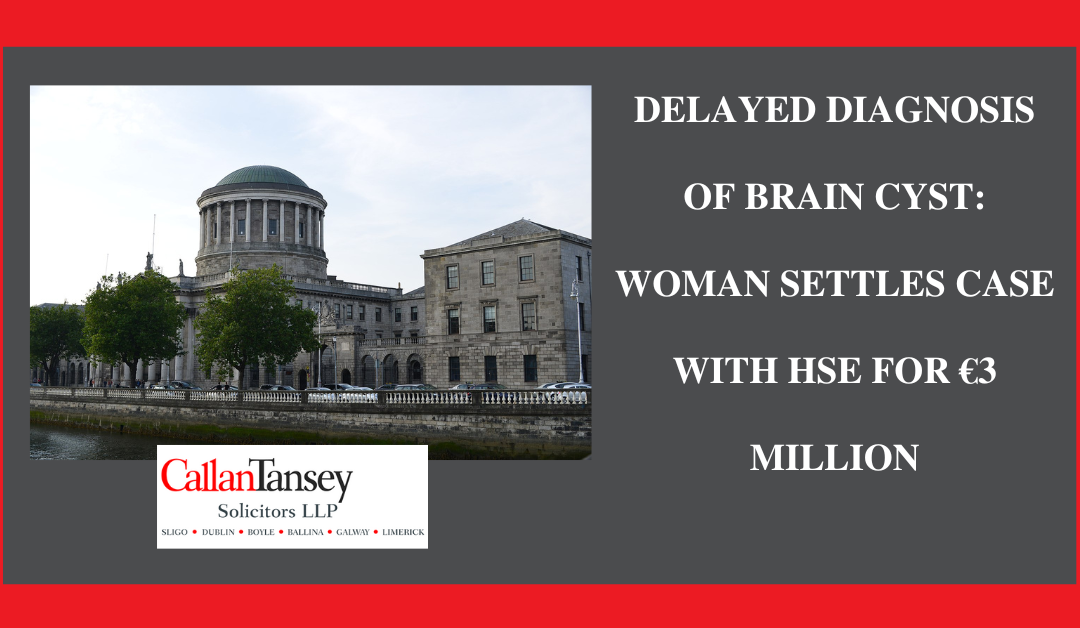 Our Roger Murray SC represents a woman who, through her sister, sued the HSE claiming a cyst on her brain was not diagnosed for over two years. Her High Court action was settled with an interim payment of €3 million. The 30 year old woman, who cannot be identified by order of the court, needs 24-hour care for the rest of her life.

The Court heard that the women had first attended Mayo General Hospital in 2014 after she suffered a grand mal seizure.  A CT scan of her brain carried out on December 26th 2014 was reported back as normal.  However it was claimed that this was not the case, and in fact the scan was grossly abnormal and there was a failure to diagnose a benign colloid cyst on her brain.

It was further claimed an alleged failure to refer the young woman for a neurological examination in December 2014, and that at CT scan arranged for March 2016 had been cancelled. When the cyst was eventually diagnosed the woman underwent a life-saving operation.  However she was left with irreparable front lobe damage.

A benign colloid cyst can lead to a build-up of intercranial pressure and tissue damage. It was claimed that if the cyst on her brain had been identified and treated prior to July 2017 the young woman would not have suffered rising intracranial pressure and consequent cell death between 2014 and 2017.  Furthermore she would not have suffered the acute collapse and damage during 2017.

The court heard that the woman now needs “a guardian angel with her 25 hours a day”, as she requires round the clock care.  The interim payment of €3 million is for the next seven years, at that point her future care needs will be assessed.

Speaking after the settlement, Roger Murray SC said, “this settlement highlights the flexibility of interim awards. It means that the family no longer have to worry about care or supervision costs-they will be covered in full for the next 7 years. A court will then determine how care should be costed after that. The family can elect for a further interim award, a final lump sum or regular periodic payment for life”.