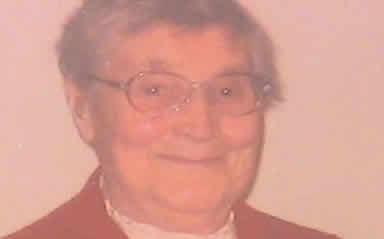 A coroner has recorded a verdict of death by medical misadventure in the case of an 86-year-old woman who died just hours after a fall at a respite home where there was no proper emergency call system in place.

A doctor wasn’t called to treat Theresa Dwyer at St John’s Hospital in Sligo for almost nine hours after she suffered a fracture and cuts in a fall, Coroner Eamon McGowan was told in the hearing at Sligo court house today.

An expert told the court Mrs Dwyer may have died from a blood clot formed as a result of a pelvic fracture suffered in the fall or from undiagnosed clots formed in the previous two days.

Five HIQA reports had criticised the patient alert system at the hospital, said Damien Higgins, counsel for the Dwyer family.

Instead, in May 2013 when Mrs Dwyer was at St John’s, all 39 patients there were told to bang a glass on a bedside table if they needed assistance.

Around 3.15am on May 24, 2013, two nurses on duty heard a noise in Ward 3 of the community hospital and found Mrs Dwyer out of her bed and lying on the floor, with blood coming from an eye injury.

The pensioner’s daughter-in-law Marie McMahon who visited her that morning after being told of the fall told Mr MacGowan that Mrs Dwyer had said she had tried to get the attention of a nurse so she could go to the toilet.

Ms McMahon recalled: “Theresa apologised for being a bother and I replied she was no bother at all.

“I asked her about what happened and she replied ‘I called the nurses once or twice but nobody came’.”

The inquest heard that a doctor wasn’t called to examine Mrs Dwyer, of Monastaraden, Co Sligo, until noon on the day of the fall, almost nine hours later.

She was rushed to Sligo Regional Hospital by ambulance where she died just before 10pm that night.

She had suffered fractures to her pelvis in the fall.

Nursing staff who attended to Mrs Dwyer after her fall at St John’s said a proper alarm system had been given the go-ahead three months before her death but it wasn’t installed until seven months after the fatality.

Nurse Catherine Gurn also admitted that procedures had also changed where patients who suffered falls are now seen as soon as possible by a doctor.

She admitted that it was possible that Mrs Dwyer had called out just before her fall and that she and a colleague may not have heard her ad they were dealing with another patient in a different ward at the time.

In evidence he said it was possible the emboli – or blood clots – could have been caused in the days before the fall or as a result of the fracture caused by the fall.

He also pointed to the low levels of warfarin being given to Mrs Dwyer in the days before her death.

Speaking to the family, he said: “I would urge you to leave this behind you now and to mourn your mother who was clearly loved by all of you.”

The family welcomed the verdict.

“It is ridiculous that we had a situation where patients had to bang the side of a table to get attention,” said Mrs Dwyer’s daughter Margaret, who is a nurse with 34 years experience.

“Her care was described as unsatisfactory. I would say it was a great deal less than that. The fact it took nine hours for my mother to be seen by a doctor after her fall speaks volumes; she hit her head and wasn’t seen immediately. This sort of care is just not acceptable.”

Orla Sharkey, solicitor for Callan Tansey and representing the family, added: “The family’s concerns in this case were clearly well founded as has been found by the Coroner. The defects in the care given to Theresa were clearly shown and they would urge anyone in a similar position to speak out.”