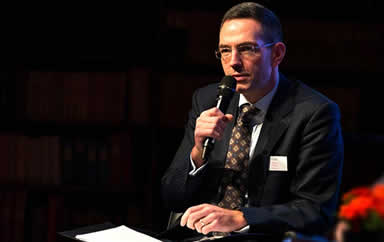 The top reasons for suing in medical negligence cases were to know what happened and why it happened, out of concern that nobody else would have to go through the same circumstances, Roger Murray, Joint Managing Partner, Callan Tansey, Solicitors, told the Conference.

Accountability and compensation were the very last things on the list. People wanted greater honesty, an appreciation of what they had suffered and an apology.

Sitting down with them and giving them an explanation would take away a lot of the distress. But if they were met with obfuscation that added insult to injury and we needed to move away from that.

Mr. Murray said doctors cared deeply about their patients, but we needed to look at communications.

He said he had a problem with the Patients’ Safety Bill, in that it seemed to be introducing a box ticking exercise.

It also seemed as if the Government was intent on introducing in the Bill a provision for mandatory disclosure of things that caused medical harm.

“I want to make a case for candour. Disclosure means you are uncovering something previously covered up and we need to move away from that terminology. I think it is a mistake to make non-disclosure an offence.”

He said we also needed to look not at individuals but at teams and processes. The aviation industry had done this and look at how they had learned.

It was also necessary to make sure there was a budget and tracking to see which hospitals were compliant and training was required.

“Families need and deserve compensation. They are sometimes in dire need of financial restitution and they need proper explanations.”

As posted in Health Manager, November 2018