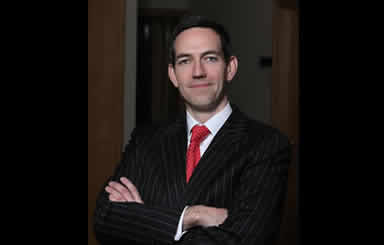 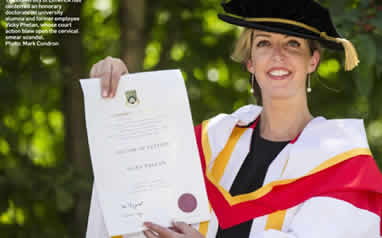 The Government has announced the establishment of an expert group to consider whether there are alternative ways to address clinical negligence claims in a more sensitive and timely manner than the current court system.

Most recently, the cervical smear test debacle and the ordeal which Vicky Phelan and others were put through pushed this issue front and centre.  Clearly and understandably there is public anger and upset at the stance the HSE has taken in relation to how it handled these cases and, in particular, their policy of “deny and defend”.

We heard that, despite the Taoiseach’s statement in the Dail that all cervical cases pending before the courts would be mediated, the High Court ruled that this was not a binding promise, highlighting the unpalatable truth that “the HSE is not the State”.

Regardless of the system used to resolve medical negligence cases, the first thing that needs to change is the State Claims Agency’s (SCA) attitude to injured patients. The reality is that nothing in the current system prevents the SCA/HSE admitting medical blame and settling claims early at low administration costs.

The SCA and hospitals fight claims over many years. The principle of putting patients first should be at the centre of the State’s approach to all areas of the health service all the time.

If the Government was truly serious about putting patients first, it could take simpler effective steps now, including a mandatory duty of candour, better use of mediation, and the introduction of pre-action protocols.

All international studies show that mandatory candour works. In the US, where such a duty of disclosure has been introduce, the number of claims has been reduced by 50pc, and the time taken by two-thirds.

A new Mediation Act came into force here on January 1, 2018. This act was nine years in the making but already it is starting to bear fruit. Mediation is tailor-made for medical negligence cases because of the high level of distress, the emotional stakes from patients and their families and the opportunity it affords for healing on both sides.

I have personally seen situations where caregivers can sit down with the family to tell the counter-explanation of what happened and pro-offer meaningful apologies.

Aside from any issues of compensation, facilitating that level of dialogue provides massive vindication for families. In the UK, confronted with similar concerns about the unsuitability of the current system to deal with cases involving clinical actions, reforms were introduced which created a set of pre-action protocols which drastically reduced the number of cases progressing to hearing.

Under this model, information is exchanged at the earliest possible stage, including expert reports. Cases rarely go to court, costs are reduced and cases end much more quickly.

Draft pre-action protocols were prepared 12 months ago here by the Government, but have not progressed. As a result of the State’s inertia, some of the leading legal firms in this area are actively working with the main private medical insurers to introduce a pre-action protocol scheme in cases which do not involve the HSE or the State. These new rules are at a very advanced stage, and will be rolled out in the autumn.

It has been suggested that a ‘no-fault’ system may be the means to address clinical actions claims. If a no-fault system is introduced, the argument runs, the could of claim of negligence will not hang over doctors, and they will feel much more free to disclose medical errors.

It could be assumed the no-fault system in operation in countries such as New Zealand, which insulates doctors from the threat of litigation, should produce an unparalleled recorded in terms of adverse incidents being reported.

However, 61pc of patients who were the victims of medical error in New Zealand established that they were never informed of the error in the first place. The international data are consistent: a majority of doctors continue to fail to report their errors regardless of whether the country used a traditional court system or a no-fault model. And, besides, no-fault schemes are notoriously costly to run, as recent figures from the New Zealand Government have shown.

Whatever path forward this Government takes, patients must ultimately be at the heart of that plan. With the introduction of changes such as a mandatory duty of candour, widespread use of mediation and pre-action protocols, the time it takes for cases to be completed would be drastically reduced. And, more importantly, the level of angst for caregivers and patients can be minimised to the maximum possible extent.

Dropping “deny and defend” as the HSE’s default response to a case, bringing in a mandatory duty of disclosure, making mediation the norm as opposed to the exception and introducing special rules to penalise those who unnecessarily drag out cases are clear and workable solutions.

Roger Murray is an expert in medical negligence with Callan Tansey Solicitors.