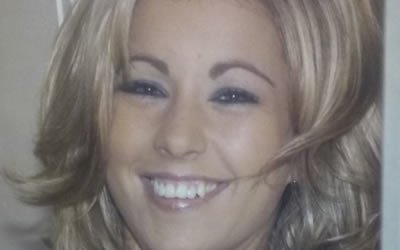 The family of a 31-year-old mother who ‘adored her two children’ paid tribute to her as someone who always put others first.

Sorcha O’Malley suffered from anorexia nervosa her entire adult life until her death on October 17, 2016. In the weeks leading up to her death her family had secured a place for her in a specialist clinic and she agreed to go to hospital to gain enough strength to start the programme.

“She was a family person, a caring person, she cared more for everyone else than she did for herself,” the O’Malley family said in a statement after an inquest into Ms O’Malley’s death. She absolutely adored her two children, they were her whole life. Everything revolved around the children from the moment they were born. She dedicated her whole life to them,” her mother Mairead O’Malley said.

“She was a beautiful young woman, it must be so devastating for you and for her little children to have lost her,” the coroner said.

Ms O’Malley was being cared for at home by her parents before she was admitted to Our Lady’s Hospital, Navan, Co Meath. The eating disorder facility required her to gain strength and she was admitted to hospital in Navan on September 30 for this purpose.

At this point she was severely malnourished and weighed just 30kg (4.7 stone) with a Body Mass Index (BMI) of 12.5%. She had a long history of anorexia having first begun to restrict her food intake aged 12.

A doctor at Our Lady’s in Navan was initially reluctant to admit the woman due to her complicated needs but at a second day of evidence at Dublin Coroner’s Court Dr William Bourke said he was satisfied the hospital could provide the care she required.

Sorcha’s condition deteriorated and on October 7 she was started on antibiotics for suspected sepsis and pneumonia. Doctors discussed her transfer to the Mater Hospital. She was transferred on October 10 when a bed became available. Her family grew more concerned. On October 15 the family were upset at how ill she had become. On October 17 the family were told she had improved but at 7.10pm they were called into the hospital.

“Sadly, when we arrived at the hospital it was too late as Sorcha had already passed away,” her mother said.

The cause of death was acute lobar pneumonia in a patient with a history of anorexia nervosa with extensive liver damage and organ failure.

The coroner returned a narrative verdict setting out the complicated nature of the case.