Settlement for Family of Murder Victim 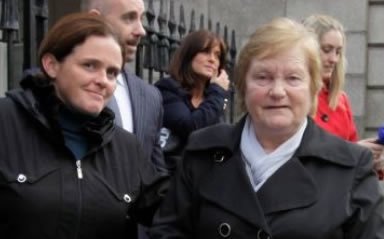 Damages sought by family of the victim of a contract killing

The bulk of the award — more than €720,000 — goes to the widow of Terence Madden, who Ms Justice Mary Irvine said was “ruthlessly and gratuitously gunned down” as he stepped into his car just feet from his back door.

Mr Madden, aged 52, bled to death after an artery in his leg was severed when he was shot twice in the early morning ambush at his house in Ballaghadereen, Co Sligo, on Jan 28, 1999.

His widow, Margaret sued the four men who were involved in the death of her community worker husband in the landmark case. Legal history was made in the action which is the first of its kind where damages were sought by the family of the victim of a contract killing.

In her judgment yesterday, Ms Justice Irvine said it was hard to imagine the trauma Mrs Madden must have felt when on hearing a loud noise and running downstairs she found her husband lying on the ground covered in blood.

Mrs Madden, the judge said, suffered a searing pain in her chest and was taken to hospital. She suffered a heart attack and was kept in hospital for seven days.

The judge said Mrs Madden was in a terrible state of shock when she was discharged for her husband’s funeral and later suffered sleep-deprivation, flashbacks and nightmares.

The judge added that Mrs Madden’s recovery might have been different if she did not have to live at the scene of the murder and she also had to witness the gardaí re-staging of the incident.

Granting €550,000 for the loss of income as a result of the death of her husband and €150,000 for nervous shock, Ms Justice Irvine said it was hopelessly unrealistic to think Mrs Madden will fully recover psychologically. She should be enjoying a life with her husband who was taken from her prematurely by the “senseless and ruthless actions” of the four men.

Ms Justice Irvine was told last week that a grudge held by one of the men over the Maddens running a bed and breakfast business near his mother’s B&B was behind the early morning attack.

Michael Doohan, who was a soldier at the time and who is now serving life for the murder, later claimed he had ordered a punishment-style beating for Mr Madden and had asked that he be crippled with his legs and arms broken.

The High Court heard that the attack on the father-of-three arose out of the resentment which Doohan, of Ashbury Lawns, Ballinode, Co Sligo, had for the Maddens’ business. There was also a grudge in relation to Mr Madden offering his sympathies at the funeral of Doohan’s father.

Doohan is serving life for the murder after being convicted in the Special Criminal Court.

The case was also against Michael Joseph Herron, of Chapel Street, Ballyshannon, Co Donegal, and Patrick McGrath, of Cuilpruglish, Gurteen, Co Sligo, who are also serving life sentences for the murder.

The court heard that a fourth man Thomas Derrig, of Culfadda, Ballymote, Co Sligo, died two years ago and the case was against the representatives of his estate.

Thomas Derrig pleaded guilty to possession of a single-barrel sawn-off shotgun in suspicious circumstances in Oct 1998 — which was the gun used in the murder.

It was claimed Mrs Madden who has not been able to run her B&B business since her husband’s death suffered personal injuries, nervous shock and loss arising from her husband’s killing.

Granting €1,250 to each of Mr Madden’s three brothers and a sister, and a further €5,000 each to Mrs Madden and her three children, the judge also awarded €17,000 to Claire Madden who returned to live with her mother after the shooting, and further awarded €17,224 in special damages.

Mrs Madden, she said, had good family support and she hoped in time there be some improvement in her quality of life.

Ms Justice Irvine said she was satisfied from the evidence that Mrs Madden was entitled to succeed against each of the defendants on some grounds including conspiracy.

She said it would be a travesty of justice if the person who conspired to have a person injured is not liable in the civil court.