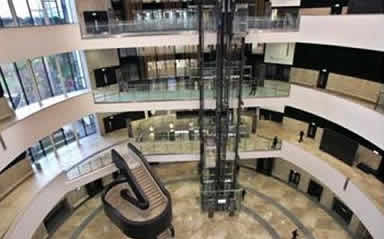 A young mother of two has had a €190,500 damages award over injuries sustained in a road crash cut by 40 per cent after a judge found she travelled without a seatbelt and when she should have known it was “highly probable” the driver’s ability to drive was “seriously impaired” by drink.

The ruling by Mr Justice Sean Ryan means Erin Gallagher (31) will get €114,300 damages over injuries suffered when the car in which she was travelling went out of control on a narrow side road in Co Donegal, struck a telegraph pole and and overturned several times before coming to rest upside down in a field.

Rejecting suggestions alcohol was not necessarily responsible for the crash, Judge Ryan said the driver Oliver McGeady had said he drank seven bottles of beer over a two and a half hour period before getting into his car with Ms Gallagher, her boyfriend and two other passengers.

While he personally felt Mr McGeady “may have drank more”, that was the evidence, the judge said. Gardaí also reported a strong smell of drink from Mr McGeady at the scene but were unable to breathalyse him due to his injuries. Mr McGeady had also said he took a narrow road to reduce his chance of being breathalysed by gardaí.

A person does not have to be “staggering around or incapable of speech” to have their driving capacity impaired by alcohol, the judge said. It was clear from various cases there was “a much more acute understanding of the social damage brought about by drink driving” and that was reflected in the attitude of the courts.

In this case, it was “irresistible” Mr McGeady’s capacity to drive and control the car was substantially impaired by alcohol. If Ms Gallagher was unable to observe Mr McGeady because of alcohol she herself drank, that was not an answer to a plea of contributory negligence, he added.

While the evidence was Mr McGeady was not so grossly intoxicated as to make it “wholly reckless” to get into the car with him, it should have been obvious to all five who travelled that the driver was going to be affected by drink to the extent of being incapable of exercising proper control over the car or himself.

Ms Gallagher, a childcare worker, had sued Mr McGeady, who at the time lived near her home at Cashel, Nagore, Gortahork, over the crash that happened about midnight on Saturday July 19th 2008 on the road between Falcarragh and Gweedore.

The crash happened after the five had left a bar in Falcarragh for a nightclub in Gweedore. Mr McGeady admitted liability but alleged contributory negligence by Ms Gallagher.

In his judgment, Mr Justice Ryan ruled Ms Gallagher could see over some two and a half hours in two bars in Falcarragh that Mr McGeady was drinking throughout that time and she should not have got into a car with him. He found contributory negligence by her on that point.

Given his findings, he assessed contributory negligence against Ms Gallagher at 40 per cent.

He assessed total damages of €190,500, less 40 per cent, after noting she suffered a significant head injury, fractures of the cheek bone and jaw and other injuries. He rejected arguments she was impaired in her capacity to work and earn as a result of her injuries.