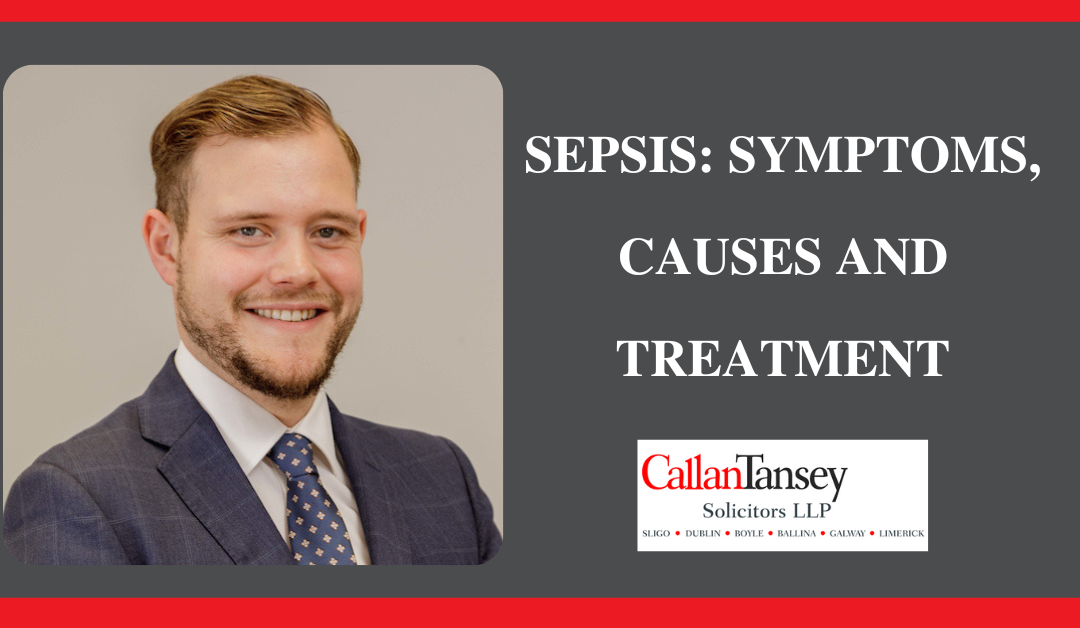 The World Health Organisations first Global Report on sepsis found that death from sepsis accounts for 20% of all deaths worldwide. Sepsis kills 11 million people each year. Here Johan Verbruggen outlines the symptoms, causes and treatment of sepsis and how we support patients and families who have suffered from sepsis infection.

Sepsis is a systemic (whole-body) response to infection. The term derives from the Greek sėpsis, ‘putrefaction’ – decay or rotting.

Sepsis is defined by the Department of Health’s National Clinical Guideline on Management of Sepsis for Adults as life-threatening organ dysfunction caused by a dysregulated host response to infection.

Is Sepsis the same as Septicemia?

Sepsis is one stage in septicaemia. Septicaemia is the term for the physiological process. It can range from mild where the patient appears well at first, to overwhelming and life-threatening illness. Clinically, there are six distinct and progressively worsening stages of septicaemia:

What are the Signs and Symptoms of Sepsis?

A patient can appear clinically well in the early stages of sepsis. As sepsis progresses, a patient can exhibit symptoms such as hyperventilating, a fast heart rate, a high temperature, sweating and shaking (known as ‘rigors’).

Evolving sepsis is monitored by easily-measured changes in the body’s vital signs:

Sepsis caused by an infection. Identifying the source of infection and where in the anatomy it is found to have originated can help the clinician in determining the type of bacterium or fungus responsible. For example:

Research has shown that in upwards of 30% of cases of patients hospitalised with sepsis, a definite microbiological source is not found.

What is Septic Shock?

Septic shock is defined in the Department of Health’s National Clinical Guideline on Sepsis Management for Adults as a subset of sepsis in which underlying circulatory and cellular/metabolic abnormalities are profound enough to substantially increase mortality.

In septic shock the patient is profoundly unwell; he or she has severe sepsis, together with frank organ failure and low blood pressure (hypotension). Septic shock is an emergency and it can progress rapidly to multiorgan failure, and death.

What is the Treatment for Sepsis Infection?

It is well established that early recognition and treatment of sepsis is crucial to halt its development. This involves:

We have successfully represented patients who have suffered long-term physical disability as a result of delayed diagnosis and treatment of sepsis due to medical negligence. Unfortunately, we have represented families at court and at inquests, whose loved ones have died because sepsis was not detected and treated in time.

We act for patients where there is a delay in treating meningitis, infections and viral conditions.

What Are The Time Limits For Making A Sepsis Medical Negligence Claim?

You have two years from the date of you contracting sepsis, or the date that you discovered that the sepsis was caused or not treated properly, because of medical negligence, to start court proceedings, with some exceptions:

While it may be the case that you have months or even years to commence court proceedings, it is strongly advised that you engage a solicitor to investigate injuries possibly caused surgical negligence as soon as possible. This will enable us to gather medical evidence such as hospital records and expert reports in support of your claim.

We have 25 years of experience wining medical cases and successfully helping injured patients. We fight hard to get you clear answers as to whether or not you have been injured by medical negligence.  We have acted in the highest courts across the country, we have built a team of compassionate, knowledgeable and fearless Solicitors. Taking a case can be intimidating and overwhelming. We will support and guide you every step of the way to get you answers and justice.

*In contentious business, a solicitor may not calculate fees or other charges as a percentage or proportion of any award or settlement.

The above information is not healthcare advice. The information provided is not intended to be a substitute for professional medical advice, diagnosis or treatment provided by your own medical doctor. Always seek the advice of a doctor or medical professional if you have concerns about your health.