New Developments in Guardianship in Ireland 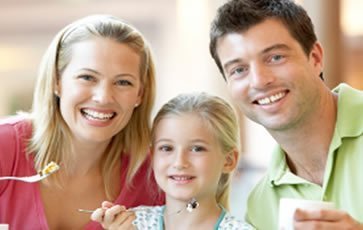 Guardianship means you have a right to make decisions about a child’s general welfare, education and health. It also imposes a duty on you to maintain and care for a child. If you are a guardian of a child your consent may be required for certain things for example the child should not be removed from the country without your consent. Also your consent is required for the child to obtain a passport.

By virtue of parents being married joint guardianship automatically arises with both parents having equal rights in relation to the child.

Section 6 of the Guardianship of Infants Act, 1964 sets out the rights of parents to guardianship.

For children born outside of marriage only a mother has an automatic right to guardianship.

If the parents of a child get married after a child is born they automatically become joint guardians of the child that is provided the father’s name is on the childs birth certificate.

The Children and Family Relationships Act 2015 makes certain provisions which change the Guardianship of Infants Act 1964 these include the following:-

• Automatic guardianship
For a child born outside of marriage that childs mother will automatically be the childs sole Guardian. The father of that child will only be automatically recognised as the childs legal Guardian if the father has lived with the mother of the child for 12 consecutive months after the 18th of January 2016. This 12 month period must include at least 3 months residing with the mother and child after the childs birth. If a father does not satisfy the criteria he will not be recognised as a Guardian of the child without taking further action.

• Guardianship where the parents consent to Guardianship
A mother can consent to a father being appointed a Guardian of a child. This will lead to Joint guardianship of that child. The Parents must sign a statutory declaration in the presence of a Peace Commissioner or a Commissioner for Oaths. The declaration states that both parents have agreed arrangements in respect of Custody and access to the child.

• Court Application for Guardianship
If a mother will not agree to Guardianship a father can apply to the District Court for a court Order appointing him a Joint Guardian of his child. A court application is required irrespective of whether a father is named on the child’s birth certificate.

The court will assess the application based on what is in the best interests of the child.
Both parents have a right to be present in court and make submissions to the court.

• Can anyone other than a father be appointed a Guardian?
If you have co-parented a child for more than 2 years and are a step-parent, civil partner or person who has cohabited with a parent for not less than 3 years you may apply to the court to become a guardian
If you have provided for a child’s day-to-day care for more than a year you may apply to be appointed a Guardian of that child. The one year period must be continuous.

The application can only be made in circumstances where the child does not have a parent or Guardian who is able/willing to act.

• Put a Will in Place
It is important for anyone who is a Guardian to have a valid will in place. A will should make provision for the appointment of a Guardian in the event of death.