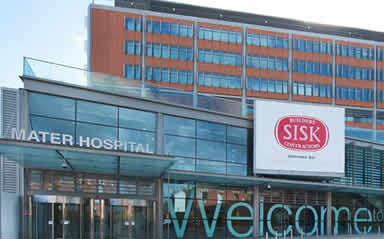 It was “inconceivable and beggars belief” that notes were not kept of a post-mortem examination on a woman who collapsed and died while waiting for a bed in an A&E department, a solicitor said yesterday.

One of the solicitors from Callan Tansey acting for the family in an inquest yesterday into the death of diabetes sufferer Beverly Seville-Doyle, who collapsed in a toilet of Dublin`s Mater Hospital, said they would consider whether to take a civil action against the hospital.

Mrs Seville-Doyle (39) of Priory Walk, Manor Grove, Whitehall Road, Dublin 6W, left her chair in the A&E department of the Mater at around 6.30am on January 15, 2008, to use the toilet. Minutes later, the mother of three, who had been admitted more than 12 hours earlier at 5pm, collapsed.

Medical staff, who were on the scene within moments, found her in a deeply unconscious state with no pulse and making no respiratory effort.

Attempts to resuscitate Mrs Seville-Doyle, who was diagnosed with type 1 diabetes in 1983, continued for over an hour and she was pronounced dead at 7.27am.

After summing up the evidence on day eight of an inquest which opened in November 2008, and which has heard evidence from five doctors, two pathologists and three nurses, coroner Brian Farrell yesterday told Dublin City Coroner`s Court that the cause of Mrs Seville-Doyle`s death was an arrhythmogenic cardiac arrest (a heart attack associated with a cardiac rhythm problem), the exact cause of which was not established.

Hypertensive heart disease (heart disease related to high blood pressure) was not a factor in Mrs Seville-Doyle`s death and there was no “objective evidence of a major or significant” blood clot in the lungs, which could have caused her death, Dr Farrell found.

The coroner, who was also informed by the written reports of two expert witnesses, Professor Guy Rutty of Leicester University and Dr Mary Shepard of the Royal Bromptom and Harefield Hospital as part of the inquest, recorded a narrative verdict.

Mrs Seville-Doyle was admitted to the A&E department the day before her death on January 14 after she was found to be unwell and vomiting at a diabetes clinic.

The 39-year-old, who was developing complications from her long-standing diabetes, had been seen at the hospital two weeks earlier on December 29 with pain in her upper chest and arm, which, on the balance of probability was muscular-skeletal in origin, the inquest heard.

Addressing Mrs Seville-Doyle`s husband, Charles Doyle and the other members of her family, including her mother, Bridie Seville, at the end of what he described as “a very difficult and long inquest”, the coroner expressed his deep condolences.

“Members of the family, I want to say how sorry I am to hear of Beverly`s tragic death. I do know how much of a sorrow and a tragedy this must have been for you.”

The coroner said he would engage with the faculty of pathology at the Royal College of Surgeons with regard to concerns raised by Mr Tansey, the family`s solicitor, in relation to the post mortem on the late Mrs Seville-Doyle and to recommendations he suggested.

He said he would also make the expert witness reports available to the faculty.

One of the solicitors from Callan Tansey expressed concern that Dr Noel McIntaggart, who was involved in the post mortem, was only one year into his training as a pathologist and that notes kept during his work as part of the examination were destroyed afterwards to prevent contamination.

Speaking after the inquest on behalf of the family, Mr Tansey said the family were very happy that it was at an end.

“They will now reflect on the evidence and the verdict and a decision will be made in the not too distant future about the next step. . . a civil action against the hospital,” he said.

If you would like to discuss a medical neglect case with our medical negligence solicitors here at Callan Tansey in complete confidence, please call us on 071 916 2032.