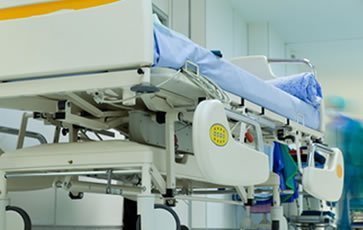 I recently attended a Medico-Legal conference where Lord Kerr, one of the Judges responsible for this landmark UK judgment spoke.

This impressive judgment aptly deals with the law on consent and is likely to be hugely influential in this jurisdiction where similar facts arise. The facts briefly are that Nadine Montgomery, a Biologist who was of small stature and suffered from Type 1 diabetes was in her first full-term pregnancy.

Due to these factors, there was an increased risk of shoulder dystocia, which occurs where there is obstructed labour after the head is delivered in which the shoulders are unable to pass through the pelvis.  Dr. McLellan, the Obstetrician for Mrs. Montgomery believed in general terms that “it was not in the maternal interests for women to have Caesarean sections”. Furthermore, it was her experience that diabetic patients who were advised of the risk of dystocia would invariably choose birth by caesarean section. Dr. McLellan accepted that it was highly likely that if she had informed Mrs. Montgomery about the risks of shoulder dystocia, then Mrs. Montgomery would have elected to undergo a Caesarean section.

Mrs. Montgomery was unsuccessful in the court of first instance and on appeal and took her case to the Supreme Court. Central to the case was the dilemma between allowing a reasonable doctor to decide what should and should not be disclosed and what a patient might reasonably expect to be told.

The Court held that “The doctor is therefore under a duty to take reasonable care to ensure that the patient is aware of any material risks involved in any recommended treatment and of any reasonable alternative or variant treatments. The test of materiality is whether, in the circumstances of the particular case, a reasonable person in the patient’s position would be likely to attach significance to the risk, or the doctor is or should reasonably be aware that the particular patient would be likely to attach significance to it.” The Court also noted that “The question of causation must also be considered on the hypothesis of a discussion which is conducted without the patient’s being pressurized to accept her doctor’s recommendation.”

This judgement has significance for this jurisdiction in that it recognises the changing nature of the doctor  patient relationship and that patients have never been more educated and able to appreciate and understand the risks of medical treatment. This judgment also recognises that deciding on a particular course of medical treatment is a personal and subjective decision for each patient. Any non-medical opinions that a doctor may have concerning a particular type of treatment should not affect the information which the patient receives.

If you wish to discuss this matter further, please do not hesitate to contact our medical negligence department.