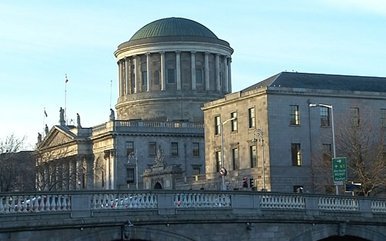 The solicitor for a family, which has agreed a settlement with the Health Service Executive, has called on the Minister for Health to bring in the duty of candour for all medical negligence court cases. David O’Malley was acting for the family of Conor Maxwell who received a €5m settlement from the HSE at the High Court this morning.Conor has spastic quadriplegia and his family say this is due to brain injuries he suffered at birth when he experienced hypoxia during delivery.But while the HSE accepted liability for mistakes made during his delivery at the then Sligo General Hospital in August 2003, it defended the case arguing that much of Conor’s condition could be attributed to an E.coli meningitis infection he had six weeks later.The case went to mediation and a settlement of €5m was agreed.

Today, Mr Justice Kevin Cross awarded the family the agreed figure, saying that at a little over two-thirds of the figure claimed by them it represented a good settlement for Conor.

He commended the family for the care they have given Conor over the last 14 years at their home in Ballinamore, Co Leitrim, and ordered that €324,000 be paid to them for that past care.

The remainder will be paid into the court to be administered under ward of court regulations for Conor’s future care.

Speaking outside the court, Mr O’Malley said that although the HSE had admitted liability six months ago and agreed a settlement, it had still not apologised to the family.