Migraine Diagnosed in Error before Death 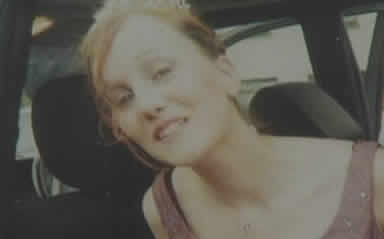 PATIENTS WHO present at hospitals with persistent and severe headaches should receive Cat scans within a minimum timeframe, a jury at the inquest of a 21-year-old woman who died from a massive brain haemorrhage has recommended.

Louise Butler from Cappa Lodge, Sixmilebridge, Co Clare, died at the Mid Western Regional Hospital in Limerick on November 16th, 2006, one month after she was mistakenly diagnosed with a migraine.

Last July the HSE apologised at the High Court for the deficiencies and failures which led to the 21-year-old’s death, which was caused by a large subarachnoid haemorrhage.

The Clare woman’s family claimed that the HSE failed to properly diagnose that she was suffering from the condition when she presented at the hospital on October 6th, 2006, with a severe headache.

They argued that a CT scan carried out in time would have alerted medical staff to the existence of a ‘herald’ bleed, which was a precursor to the large bleed which caused her death a month later.

In a statement read out after yesterday’s inquest in Limerick, the Butler family said they hoped the HSE had learned lessons so that Louise’s death was not in vain.

After hearing several hours of evidence, the jury at the coroner’s court returned a verdict of death by medical accident.

They also recommended that all patients who present at hospitals with persistent and severe headaches receive a Cat scan or lumbar puncture within the minimum timeframe (i.e the length of their hospital stay).

During the inquest, medical evidence was heard that Ms Butler was first admitted to the Mid Western Regional Hospital on October 6th with severe headaches, but was discharged six days later after being diagnosed with a migraine.

In her statement, the 21-year-old’s mother, Christine Butler, said her daughter had described her headache as like a hammer blow to the back of her head.

Ms Butler said her daughter had suffered headaches before and was admitted to hospital in 2004 when an MRI scan was performed, and the results were reported as normal.

But she insisted that her daughter had made it very clear to doctors that the pain was different from what she had suffered two years previously.

She told the doctors in 2006 that she felt something in her head, and furthermore she told them she had developed numbness in the side of her face . . . She began to insist on a scan, Ms Butler said.

The deceased’s mother said she herself had also begun to insist on a scan, and rang the hospital repeatedly seeking that this be done after her daughter was discharged.

The hospital agreed to perform the repeat scan on November 13th, she said, but her daughter collapsed the following day and never recovered, the court heard.

In her evidence, Dr Maeve Skelly, the consultant who treated Ms Butler, said she believed the patient’s symptoms were consistent with a migraine.

Dr Skelly told the inquest that the hammer blow description was not given to her, nor was it recorded in hospital notes, and she would have remembered it if it had been.

She accepted that she now proceeded in a different fashion, personally taking her patients’ histories as opposed to getting them from another doctor.

Dr Skelly said she was ‘profoundly sorry’ that Ms Butler had died, and that she would turn the clock back ‘in an instant’ if she could.

“I’m profoundly sorry that Louise died. I know it has been very traumatic for her family. It’s changed things for me as well.”

THE FAMILY of Louise Butler (21) said the public should listen to her tragic story and called on all patients to stand up for their rights in a statement issued after yesterday’s inquest.

Christine Butler described the four-year wait for her daughter’s inquest as ‘unimaginable’, but said her family was pleased with the jury’s verdict.

“From where we were, this was the best verdict we could have got, and I’m very pleased with the verdict,” she said.

In a statement read by solicitor Roger Murray, the family said they hoped lessons had been learned by the Health Service Executive.

“Louise’s family are relieved that the inquest is over. We hope that lessons have been learned by the HSE so that Louise’s tragic death may have not been in vain.

“For us, it was very important to see justice done. We feel we got that, when in July 2010, the HSE gave us a written apology as part of the settlement of our civil action.

“The public at large and patients especially should listen to Louise’s story,” the statement added. “If they or their loved ones are ever in a similar position, they should stand up for their rights, demand tests and investigations and insist on second opinions.

“We now want to close this painful chapter and move on with our lives as best we can,” it concluded.

As part of the HSE’s apology, it accepted that Ms Butler’s family did everything they could for her.

The HSE apologised for the anguish and distress caused by her death and acknowledged there were failures and deficiencies which led to her death.