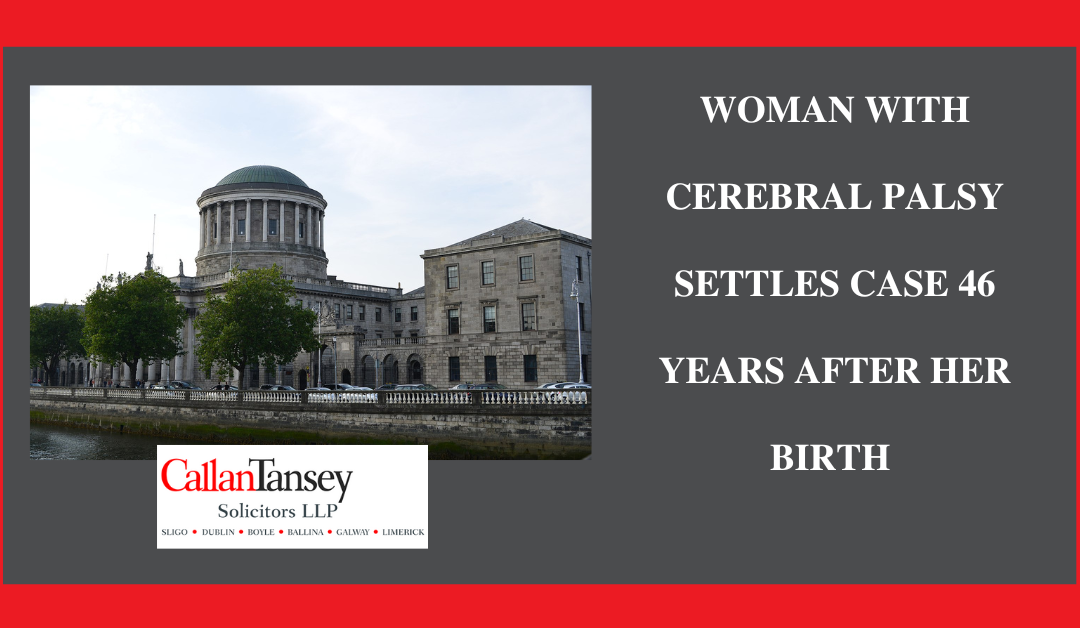 The High Court has approved a settlement of €850,000 against the HSE over the circumstances of the birth, 46 years ago, of a woman with Cerebral Palsy. Paula Corcoran from Sligo was born in Galway Regional Hospital in 1976. It is believed to be the first medical negligence case to deal with events from more than 40 years ago.

Proceedings were initially brought in the case in 2014. Ms. Corcoran had sued the HSE through her late father Malachy Corcoran over the circumstances of her birth. It was claimed that her mother, Emily, was admitted to the hospital on April 7, 1976, and informed that her baby was in an abnormal position.

Paula has significant disabilities because of events surrounding her birth. She has Cerebral Palsy and a number of disabilities as a result.

Approving the settlement Mr. Justice Garrett Simons said that it was the Corcoran case that the position the baby was lying in before birth should have been given particular attention and there allegedly should have been one to one monitoring and earlier intervention. He said that the defence were denying all claims and contented that the birth was carefully monitored, and proper due care and attention was given to both Mrs. Corcoran and her daughter Paula. The settlement against the HSE was made without admission of liability.

The judge further noted the exceptional care Paula had received from her family throughout the years and said that they had made an excellent contribution and that she was “very, very lucky”.

David O’Malley, Partner at Callan Tansey Solicitors spoke on behalf of the family,  “The family are delighted that the case is finalised. They would like to thank the legal representatives from both sides for utilising mediation to bring a conclusion to a complex case. Justice delayed is still justice.”

The case was reported on by