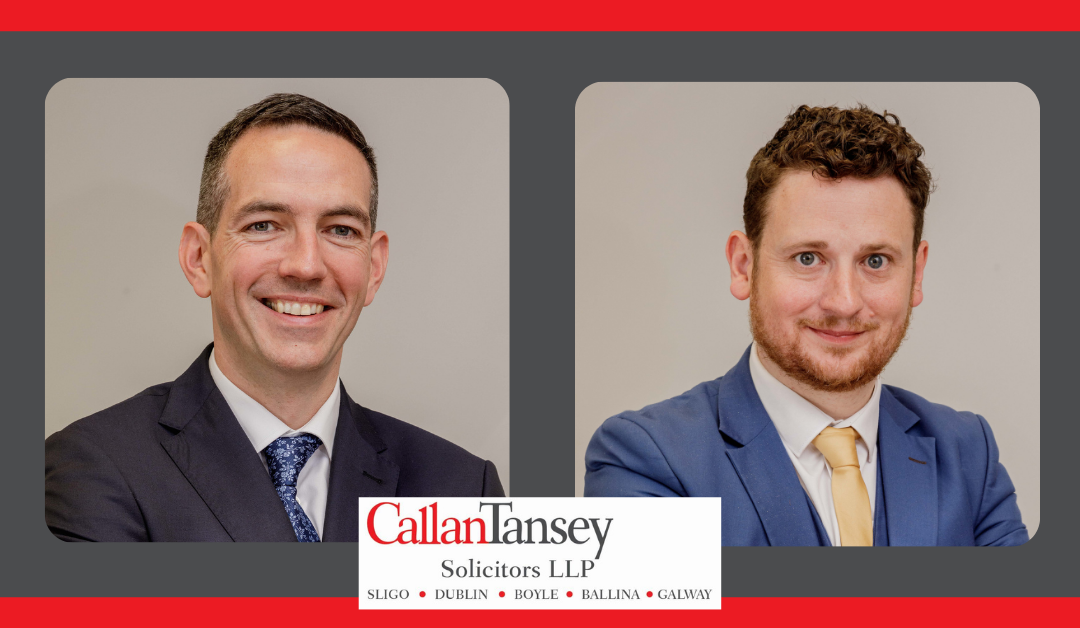 Two of the Partners in the Callan Tansey Solicitors Medical Negligence Department, Roger Murray and David O’Malley, recently published a book “Medical Inquests” . The book deals extensively with Coroner’s Court and practice and procedure at inquests. It also co-written by award winning author and barrister Doireann O’Mahony. The authors have considerable experience of, and expertise in, representing bereaved families. They recognise that in the past 20 years, there have been very significant changes in both the law relating to inquests and the scope of inquests. 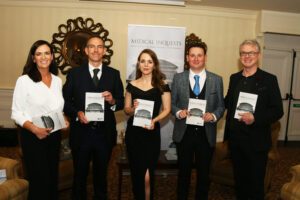 The book was recently launched at an event in Mount Falcon Hotel in Ballina. The event was opened by MC on the night, RTE Courts Reporter,  Vivenne Traynor who commended the authors on their tireless advocacy for families and the sensitivity in which they deal with journalists to ensure the Law truly is heard in public. Launching the book Joe Brolly remarked that, “Inquests like Hillsborough, Ballymurphy and Stardust help give family closure in a way that no punishment ever could. Finding out the truth gives families hope”.

When asked why they had written this book, Roger Murray SC, Partner at Callan Tansey Soliciors responded, “We wrote it because the last major Irish publication in the area Coroners: Practice and Procedure by Dr. Brian Farrell, was published over two decades ago.  In those twenty years the law and society have changed dramatically.  We wrote it as an aid to all those who must interact with the Coroner’s office following a death in a medical setting, but most of all, we wrote it as a tribute to those lost lives.”  Speaking on the impact he hoped the book would make, David O’Malley, Partner at Callan Tansey solicitors said, “We are all going to die. Not all of us will have a voice. Hopefully the spirit, recommendations and procedure in this book will make good Law. Like PJ Ruttledge before us lets keep speaking for those who cannot speak for themselves”. Doireann O’Mahony, B.L. called for reform of the law to be more accessible to families. ” I have come out of more than one Inquest and heard families say, it seemed as if she had already made up their mind or what was the point of that? Families just feel retraumatised.”

In advance of the launch of their book, the authors hosted a virtual event in  December.  The authors were joined by Mr. Justice Paul Coffey of the High Court and Dr. Myra Cullinane F.R.C.P.I, M.F.F.L.M , BL Senior Coroner  Dublin District for an interactive panel discussion dealing with the pertinent issues of Inquests and Coronial Law. The webinar was broadcast live from The King’s Inn and provided an opportunity to ventilate views and discuss potential areas of reform.

Dr. Cullinane presides over the largest and busiest Coroners Court in Ireland and as such brings a breadth and depth of experience.  Mr. Justice Coffey (who has written the foreword to “Medical Inquests”) has significant experience in the area of medical law both as a former Senior Counsel and heading up the Personal injuries list.

Why a New Book on Medical Inquests?

The European Convention on Human Rights Act 2003 was adopted into Irish Law in 2003. Under Article 2 of this Act, in addition to the substantive obligation to protect life, there is a procedural obligation on the State to investigate deaths which may be due to a breach of its positive obligations to protect of right to life. Landmark cases such as “Middleton” have transposed a very compelling obligation on Coroners to broaden the scope of Inquiries where the State may have failed to vindicate a positive duty to protect life.

Changes introduced by the Coroners (Amendment) Act 2019, mean that all maternal deaths must now be the subject of an inquest. This reflects the impact of a number of high profile deaths of young mothers during or shortly after giving birth including Sally Rowlette, Dhara Kivlehan and Savita Halappanavar.

Deaths in psychiatric care and/or shortly after release are emotive and topical issues. The book extensively examines this area.  The Law is continuously evolving and the authors are soon to embark on landmark Covid 19 Inquests

Solicitors at Callan Tansey have always been encouraged to do their own advocacy in their particular area of expertise.  The authors have developed specialist expertise in advocacy for the families of those whose death may have occurred due to unnatural causes in a range of forums. Doireann O’Mahony regularly advocate for families at Inquests. Partners at Callan Tansey also frequently advocate for the families of the deceased at inquests and this advocacy is part of the training provided to solicitors at the firm.

This new book will, the authors hope, be a valuable resource for legal and medical professionals as well as bereaved families.

It is the hope of the authors that by sharing their expertise and experience in this publication they can help make the traumatic process of an inquest somewhat easier for families. They further hope that highlighting issues faced by families and Coroners may help to reform the law in this area.

It is intended as a practical guide to how to deal with a medical inquest whilst also appraising the reader of the current state of the Law across the area as a whole. It is hoped it will become a modern authority as to the Current state of Coronial Law in this jurisdiction.

“Medical Inquests” is the first book in the area of inquests to be published in Ireland in over two decades. The book comprehensively examines the law around inquests concerning deaths in medical settings. Areas addressed include: maternal deaths, deaths in psychiatric care, human rights and causation issues. Other topics covered are: practice and procedure in medical inquests, evidence, documentation and the COVID19 pandemic. It critically assesses the pace of change of the law on coroner’s inquests and examines the case for change. The work is eagerly awaited in an area of law which is topical and specialised, yet of great public interest.

This book will appeal to all sitting coroners, as well as barristers, solicitors, law students, bereaved families and all those who must interact with the coroner’s court service. It specifically addresses medial inquests so will also be of interest to doctors, nurses and hospital managers. Copes of “Medical Inquests” are available to order here.

Roger Murray SC is a Partner and Head of the Medical Negligence Department at Callan Tansey Solicitors. He has extensive experience in the area of Medical Law. Roger was one of the first 17 solicitors in Ireland to be given the title Senior Counsel in September 2020 in recognition of his specialist expertise.

Doireann O’Mahony BL is an award-winning author and specialist in the area of medical negligence litigation.  Doireann has represented families at medical inquests across Ireland.