Man with ‘severe mental illness’ drove into traffic after brother warned he would kill or be killed, inquest hears 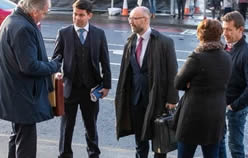 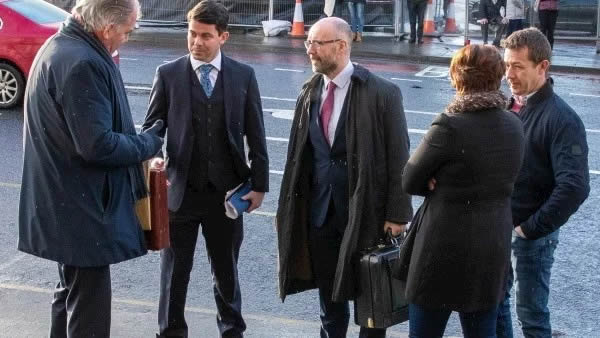 A man died when he drove into oncoming traffic just weeks after the HSE was warned he would kill or be killed, an inquest heard today.

Gerard Roan had a long history of “severe and enduring mental illness” in the years up to the moment he drove into another car more than three years ago.

The 40-year-old was in the care of Roscommon Mental Health Services at the time.

His family say his state of mind deteriorated while in their care and that their warnings and pleas for help about him did not appear to have been heeded.

The inquest heard Mr Roan “turned his lights off” and swerved suddenly into oncoming traffic and collided head-on with a car driven by Maeve Kelly around 11.15pm on March 20, 2016.

The then 44-year-old and the teenage daughter with her both say they saw his car “come straight for us” and that he was “following” them as they tried to avoid him.

They say the 40-year-old was driving behind another car coming round a bend when he overtook that car, veered out in their direction, and drove straight at them.

And Mrs Kelly, of Ashbrook, Knockcroghrey, Roscommon, said that seconds before impact, he “turned his lights off”.

They miraculously survived after Mrs Kelly took swift evasive action in the incident on the N61 Roscommon to Athlone road at Carramore, about 2km from Roscommon town.

They both sustained serious injuries and were rushed to the Midland Regional Hospital, Tullamore, and remain badly scarred.

Mr Roan, formerly of Corlacken, Creggs, Roscommon, was rushed to Portiuncula Hospital in Ballinasloe, where he was later pronounced dead.

The jury recorded an open verdict, and said Mr Roan died as a result of a road traffic accident.

But, they said: “We recommend there be a serious review of the criteria in the medical supervision of mentally ill patients.”

In her statement, Mr Roan’s sister Stella said her other brother John had warned the HSE just weeks previously “it was only a matter of time before he got killed or ended up killing someone else through no fault of his own”.

As featured in Irish Examiner, 16 December, 2019 by Neil Michael