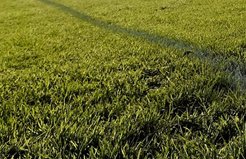 Returning to play sport after injury should be based more on criteria and less on time, leading physiotherapist Liam Moffatt will tell a sports medical and legal conference in Roscommon today.

Moffatt has had a long-time involvement with the Mayo senior football team and also sits on the GAA’s injury surveillance committee.

“When injuries happen people like me often underestimate the time it takes to return to play. We’re all human beings,” he said.

“Just say you are playing for your local club and you are waiting all summer for games and all of a sudden you get a bit of a hamstring strain or quad strain, you’re dying for me (physio) to tell you’ you’ll be in OK in a week’ whereas people like me, in reality, underestimate that. That’s a tough conversation.

“Lower limb injuries (groin, hamstring, knee ankle) dominate (75 per cent) and we know that they happen in matches, particularly in Gaelic football.

“Players want to know where they are, where they can go and what does it take, and that has got far more to meet the criteria of match demands and less about time,” he points out.

The conference will also hear from Donegal team doctor and another of the GAA’s key medical advisers Kevin Moran of Donegal and renowned sports psychologist Caroline Currid, involved with Limerick hurlers in 2018.