Inquest into death of Sally Maaz at Mayo University Hospital 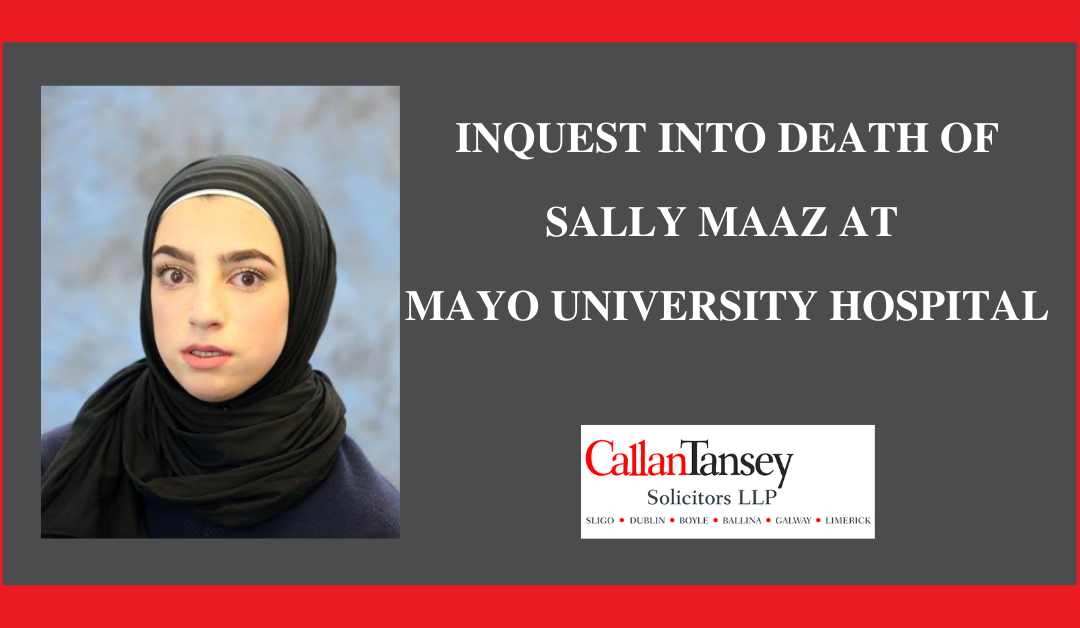 The inquest into the death of Sally Maaz, at Mayo University Hospital concluded on Monday 11th April 2022 at Swinford Courthouse Co. Mayo. Mr Johan Verbruggen represented the Maaz family, putting the family’s questions to the hospital witnesses and making lengthy legal submissions as to the verdict and recommendations that would be appropriate.

Sally was born in Mayo University Hospital on 1st July 2002. She was diagnosed with cyanotic congenital heart defects for which she required multiple surgeries, ongoing care and treatment at Our Lady’s Hospital for Sick Children, Crumlin. After a rocky start in life, Sally grew into a happy and intelligent child, whose family did everything to give her as normal and healthy a life as possible. 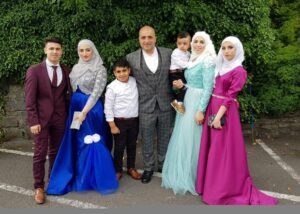 On 22nd March 2020, at 17 years of age, Sally was admitted to Mayo University Hospital as she was suffering with breathing difficulties. She was treated for a chest infection with antibiotics and after a period of convalescence in ICU, Sally’s condition improved to the point that she was deemed fit for discharge on a continuing course of antibiotics, on 27th March. She was tested for COVID-19 during the March admission and the family was informed subsequently that she had tested negative.

Sally was brought by her parents to Mayo University Hospital on the morning of 14th April 2020. The primary complaint that Sally presented with on this occasion was back pain. She was tested for COVID-19. She was diagnosed with hyperkalaemia (elevated potassium) felt to be caused by Rampiril, the heart medication that she was taking. This is a known side effect of the drug. Her ECG also showed tented T-waves (another sign of hyperkalaemia) and there was a concern that Sally could suffer an arrhythmia or a heart attack. The drug was held and Sally was administered medications to bring the potassium level down urgently. This treatment was successful. A chest x-ray was performed at 10:00am which showed signs of a right-sided lung infection. Sally was admitted after 8 hours in the non-COVID Emergency Department (ED A). She was placed on Ward C, the Ward for patients with suspected or confirmed COVID-19. She was also found to have an elevated D-dimer suggesting a possible clot (embolism). A CT was ordered to be performed.

On the night of her admission, Sally was given paracetamol for her pain. After an hour and still complaining of pain, Sally received an opioid-based painkiller (Palexia) from the Registrar. Sally got sick and her vital signs disimproved. A doctor diagnosed her as opioid naïve. This was not an allergic reaction; it was a reaction to not having received opioids in her recent past. Within half an hour, Sally’s vital signs returned to their normal level and she was clinically stable. After this, Sally answered a call from the family and told them that she felt as though she was suffocating after she received the pill but that she ‘feels fine now’. She did not suffer any further side effects from the painkiller but opioids were ordered not to be given in future as a precaution.

The following day, 15th April Sally was diagnosed by CT with a pulmonary embolism. This was treated with an anti-coagulant. Her test result for COVID-19 from the previous day was reported negative. She was transferred to the non-COVID Ward B (where an outbreak of COVID-19 was declared two day earlier). However, the Consultant advised that Sally had symptoms of the virus and that despite the negative result, she should be returned to the COVID ward. This return transfer happened 26 hours after the transfer to Ward B.

Sally was tested for COVID-19 once more on 16th April and this returned an indeterminate result. A further test was performed on 17th April and COVID-19 was detected (three and a half days after first presenting to the hospital). Under questioning by Mr Verbruggen, the Consultant Microbiologist at Mayo University Hospital accepted that a person can test positive as soon as one day after exposure.

Sally’s family were informed about the result. They were told that Sally would likely pass away from the virus. Her congenital heart conditions (she was born with only one ventricle and without a pulmonary valve, known as pulmonary atresia) meant ventilation and other life-saving interventions such as ECMO were not an option as they would likely trigger a cardiac arrest. Making Sally comfortable was therefore prioritised, with the input of Palliative Care.

Sally also tested positive for MRSA on 18th April 2020. On questioning by Mr Verbruggen, the inquest heard that the treating doctors and nurses were unaware of this result when they were treating and caring for Sally in April 2020.

Sally sadly passed away on 24th April 2020. A Health Information and Quality Authority report on the hospital and the COVID outbreaks in April 2020 contained criticisms of the hospital. These were put to the hospital witnesses.

In his submissions on behalf of the family, Mr Verbruggen said a verdict of death from natural causes would “fail to account for the considerable and important evidence of the circumstances and the risks that arose in Sally’s care, exposing her to the virus that killed her”.

Mr Verbruggen submitted in court that the appropriate verdict would be medical misadventure for the following reasons:

The Coroner adjourned the inquest until 11th April to consider the evidence, the verdict and recommendations to be made, if any.

The Coroner returned a verdict of death from natural causes. He also made a number of recommendations arising out of the evidence heard.

Speaking on behalf of the family after the verdict was delivered, Mr Verbruggen said:

“This inquest allowed the family to ask questions that had kept them awake at night for two years. In that sense, it has helped with the grieving process and with getting closure. However, they heard evidence that was distressing, of a breakdown in communication, of unclear lines of responsibility and of protocols not being followed. It was upsetting for Abdullah and Roula to hear this, as it would be for any parent. These problems are not specific to Covid-19; they relate to patient health and safety generally at Mayo University Hospital. We are pleased that the Coroner has made recommendations to address these problems, and we ask that they are implemented.”