Inquest into death of a young mother at Mayo University Hospital 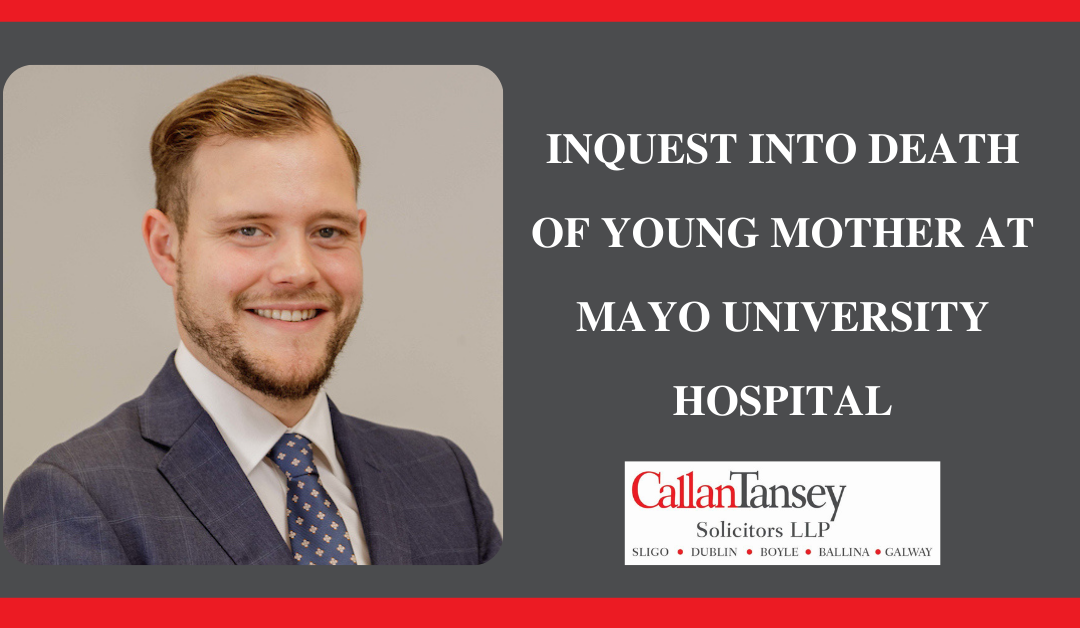 An inquest into the death of a young mother shortly after childbirth returned a verdict of death by medical misadventure.  First time mother, Nayyab Tariq, 28, died at Mayo University Hospital, Castlebar on March 22 2020.  Shortly after the birth of her daughter Ms. Tariq suffered massive blood loss and then cardiac arrest during surgery to remove the placenta. 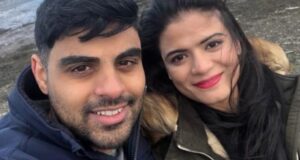 Ms. Tariq had a history of low platelets, but her husband, Ayaz Ul Hassan, told the Coronors Court that they had be assured that the condition was not life-threatening, nor was it dangerously low during her pregnancy. At 37.5 weeks pregnant Ms. Tariq was told that if her platelets continued to drop she might need to be transferred for specialist care in Galway. However she went into spontaneous labour  a few days later, and before a scheduled appointment in Galway.

The young woman’s husband, Ayaz Ul Hassan, told the inquest in Swinford that he became concerned about a “sudden gush” of blood onto the bed after his wife had given birth. He told the coroner Pat O’Connor that he had witnessed his wife lose what he felt was a substantial amount of blood following the birth. He witnessed blood seeping into the bedlinen and pooling on the floor beside his wife’s bed. He gave evidence that he had witnessed a midwife or nurse place incontinence sheets down over the pool of blood However the medical staff who attended the delivery suite denied there being any blood on the floor, with the exception of one nurse who gave evidence that she arrived into the delivery room approximately one hour after Ms Tariq’s transfer to theatre and discovered a single blood-stained incontinence sheet which she removed from the floor.

Mr. Ul Hassan said they were told by a midwife or nurse that after several unsuccessful attempts to deliver the placenta Mrs. Tariq would transferred from the labour suite to the operating theatre to have it removed. The inquest heard that Mrs. Tariq had an episode of hypotension and she had a heart rate greater than 100 bpm in four out of five measurements from 6:50 PM to leaving the delivery room at 7:01 PM.However witnesses for the HSE stated that Mrs. Tariq was a “well lady” leaving the delivery suite.  It was recorded however that Ms Tariq was nauseated and that she had vomited prior to transfer to theatre; both nausea and vomiting are clinical signs of shock. Mr. Ul Hassan recalled that once his wife was in there was limited communication with him but he was assured that everything was fine.

Removal of the Placenta

On arrival to theatre the anaesthetist switched from a plan for spinal anaesthesia to general anaesthesia because by that time Ms. Tariq was considered haemodynamically unstable. During the removal of the placenta Mrs. Tariq suffered further blood loss. According to Dr O’Shea, Anaesthetist and Dr Anca Trulea, Consultant in their depositions, Ms Tariq’s condition in theatre did not correlate with the amount of blood loss that was measured in the delivery room.

Dr Trulea was not told by Dr Ike Uzochukwu that Ms Tariq had an episode of hypotension in the delivery room, or that she had tachycardia in the minutes before transfer to theatre.

Following the removal of the placenta Ms Tariq’s condition once again deteriorated, she suffered cardiac arrest but she was stabilised after receiving three shocks.  A hysterectomy was performed; a further 700ml blood was lost during this procedure. Ms Tariq’s condition deteriorated further but she was at one stage stabilised. Tragically, she deteriorated once again and suffered cardiac arrest. The death of the young mother occurred at 10:13pm.

Mr. Ul Hassan told the Court, “Never for a moment did I expect that we would go into a hospital to have a baby, and those would be the last moments with my wife.

Verdict of the Coroner’s Court

Mayo County Coroner, Pat O’Connor, returned a verdict of medical misadventure. This is defined as the unintended consequence of an intended act. It can include acts or omissions, as wisely pointed out by the Coroner before delivering his verdict.

Mr. O’Connor expressed his sincere sympathy to Ms Tariq’s husband, their daughter Nayyab and the couple’s extended family. He went on to say that “despite the considerable advances in medical science over the decades, the giving of birth by any woman does involve risks to her and indeed the baby. Those risks should never be underestimated even though, thankfully, the incidence of deaths of mothers in childhood are historically low.

“Society, he said, “ owes a duty to all women who are expecting babies to provide the best possible care and facilities for them.”

Afterwards, Johan Verbruggen, solicitor for Mr Hassan, said it was clear that protocols for managing postpartum haemorrhage had not been followed, and basic measures were not taken soon enough, or at all. He said, “this resulted in a delay in recognising Ms Tariq’s deterioration from massive blood loss Which led to a delay in receiving life-saving intervention such as blood transfusion, and sadly Nayyab died four hours after the birth of this young couple’s first child. What should have been the happiest day of their lives became the ultimate tragedy for Ayaz. He lost his wife, his soulmate. Their daughter will never get to meet her mother, and each birthday will carry a note of sadness marking the anniversary of her death.”

Johan Verbruggen  is an Associate Solicitor in the Medical Negligence Department at Callan Tansey Solicitors based in our Galway office.  If you or your family have any questions about this article please contact Johan at 091 865 000