Inquest into birth of stillborn baby at Drogheda hospital. 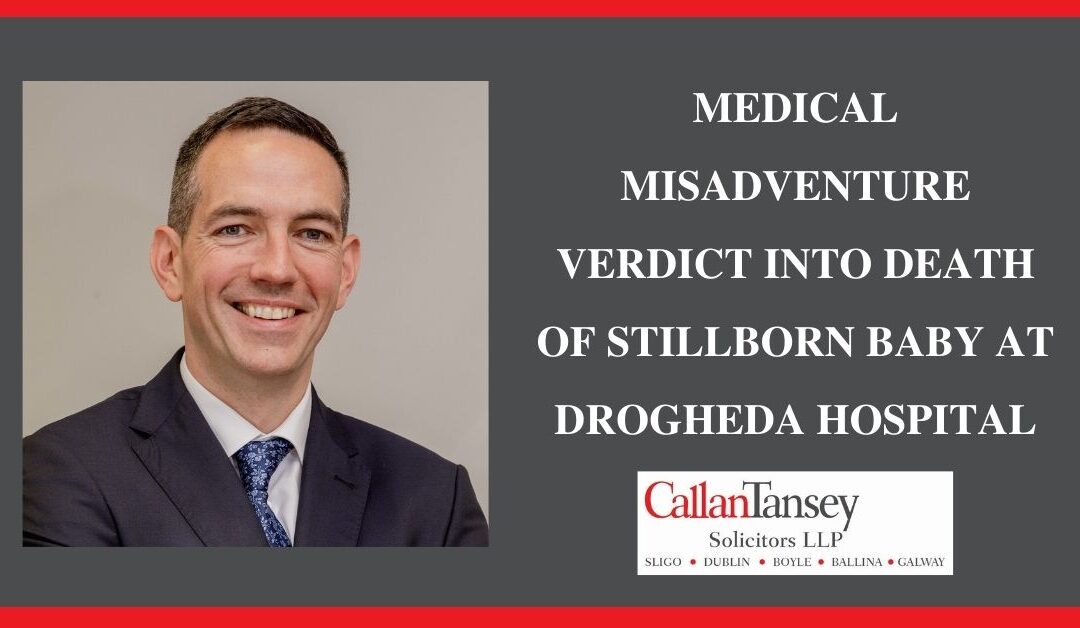 Pamela Clarke told the inquest into the death of her fourth child Willow, that she cannot understand how a perfectly healthy baby could die in what should have been the safest place. Ms. Clarke delivered her stillborn baby Willow, following induction at 38 weeks, on August 15th, 2018.

Ms. Clarke was referred by Cavan General Hospital to Our Lady of Lourdes Hospital in Drogheda as a high risk pregnancy. She was diagnosed with gestational diabetes, a condition which increases the risk of harm to babies during or before birth.

Mother felt medical staff did not listen to her concerns

As the births of two of her older children had been very traumatic, Pamela wanted Willow to be delivered by Caesarean.  However she felt her concerns were not listened to.

On the day of her induction, the 14th of August, one midwife disputed the frequency of contractions she was experiencing. The midwife said in evidence that the baby’s heartrate was high at around 10pm,and Pamela was placed on an IV drip ,and bloods were taken.

The Coroner found that protocols for monitoring were not followed. Pamela and her unborn baby should have been checked at 1am on 15th of August at the latest.

No assessment of either took place until 02:40, well outside the guidelines. By this time, sadly, Willow’s heartrate was undetectable

The Coroner found that witnesses were confused about the guidelines. The hospital documents about monitoring with Propess were unclear, he said and should be re-drafted as a matter of urgency.

Dispute over informed consent for Induction

Pamela’s solicitor Roger Murray put it to consultant obstetrician Dr. Vineta Ciprike, that there was no written record  documenting that fully informed consent for induction had been obtained. Dr. Ciprike contended that Ms. Clarke had consented, but conceded that the records did not show this.

She accepted that the information sheet given to patients about Propess did not contain warnings such as a 10% chance of complications.

The Consultant accepted that the “great fear” of doctors dealing with gestational diabetes is stillbirth, with the risk being 7 times higher. Pathologist Dr. Emma Doyle described Willow as a perfectly formed stillborn baby who had died due to an acute hypoxic episode.

Ronan Maguire, Louth County Coroner, returned a verdict of medical misadventure. This is defined as the unintended consequence of an intended act, it can include acts or omissions. It is not a finding of civil or criminal liability. He found that the staff on the night were overworked by 50%,mistakes were made in not following guidelines, and no doctor saw Pamela until after her baby had died.

In addition to redrafting those guidelines, he also issued two further recommendations: that the Propess information sheet given to patients be amended “as a matter of urgency” to include more information on warnings and risks. He also recommended that the HSE proceed quickly with the hiring of someone to co-ordinate staffing on the Maternity Unit, to avoid the staff deficit on the night Willow died.

The family hopes that these recommendations are acted upon, to save lives.

The case received extensive media coverage and you can read more at that links below.