HSE apologises to woman, 69, who suffered stroke after discharge without blood-thinning medication 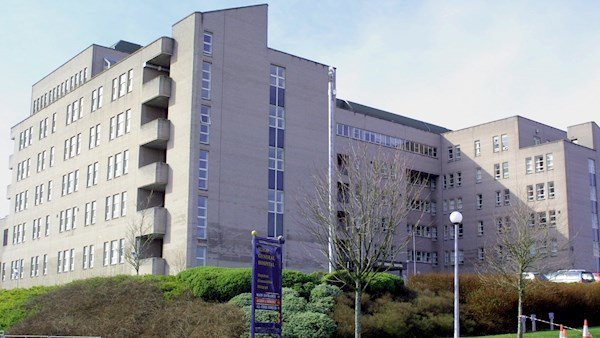 The HSE has apologised in court to a 69-year old woman who suffered a major stroke after she was discharged from a hospital without her blood-thinning medication.

Mary Moss, her counsel told the High Court, continued “unknowingly for six weeks” without her anticoagulants and had a major stroke and is now disabled.

The apology was read as a settlement of the action was approved by the court with a €710,000 payment along with annual care for the rest of her life, which is in the region of €250,000 a year.

Counsel for Ms Moss, Des O’Neill SC said the pensioner had suffered a stroke in 2010 and recovered well.

In February last year counsel said the pensioner “ took a turn” and her anti-thinning medication was changed in hospital but medication was not included on her prescription on her discharge from hospital and Ms Moss, he said, continued “unknowingly for six weeks.”

In the context of a catastrophe, Nr O’Neill said Ms Moss has made a significant recovery but is currently in the National Rehabilitation Hospital, Dun Laoghaire. Her family now plan to have her return home as soon as possible.

Mary Moss, Millrace View, Ballymote, Co Sligo had, through her daughter Leanne Moss, sued the HSE over the alleged failure to provide prescriptions for anticoagulation medication at the time of her discharge from Sligo University Hospital on March 2, 2018.

The pensioner had been admitted to the Sligo Hospital on February 13, 2018, presenting with confusion and hypertension.

HSE apologises to woman, 69, who suffered stroke after discharge without blood-thinning medication

Her anticoagulation medication was changed and on March 2, 2018, she was well enough to be discharged.

Three days later she visited her GP who sought from the hospital the discharge documentation and confirmation of medications.

Between March 2, 2018, and April 17, 2018, it was claimed Mrs Moss took the prescribed medication but this did not include anticoagulation medication.

It was further claimed there was an alleged failure to realise Mrs Moss, who had been on long term anticoagulation and had a history of stroke, required anticoagulation.

The judge said the stroke had been a serious blow for Ms Moss who was keeping well until it occurred. He said he was sure she will be in a happy position once the accommodation with her family is arranged.

Outside court, Leanne Moss said she was relieved her mum’s care is going to be looked after every year and they won’t have to worry about it from now on. She said her mother, who suffers from left side paralysis, also has to use a wheelchair.

The family’s solicitor, Roger Murray said it was a case which was tailor-made for a Periodic Payment Order.

“Thanks to a successful mediation, the family can now concentrate on getting the best possible care for their mother, and moving her home to the West where she is happiest,” he said.