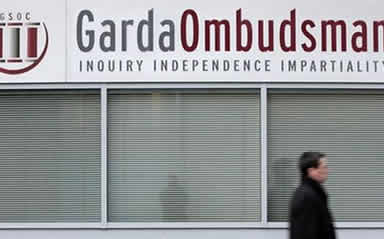 THE Garda Siochana Ombudsman Commission (Gsoc) has filed a High Court action against having to pay the €8,610 legal costs of a couple who had charges of supplying it with false information thrown out of court.

Although the High Court appeal itself could cost Gsoc tens of thousands of euros, the commission wants to establish the principle that it should not be held liable for the legal costs of defendants in failed prosecutions.

Last July, Judge Kevin Kilraine ordered Gsoc to pay the legal costs of Maeve and Fintan O’Brien from Mullingar, after the director of public prosecutions (DPP) entered a nolle prosequi against them following four hours of evidence in the district court.

The couple had been charged with providing false and misleading information to a Gsoc officer in May 2013 about a traffic collision involving two off-duty gardai. Both the gardai and the couple insisted that their respective cars were stationary when the crash happened.

Keith O’Grady, senior counsel for the couple, had described the case as a “swearing match – two versus two”.

The court was told the O’Briens had been celebrating their wedding anniversary on the night of the crash, had a row, and Fintan O’Brien “stormed off”. Maeve O’Brien said she followed her husband in the car, and had just stopped to pick him up when the vehicle was hit with “an enormous bang”. Her legs were trapped for some time before she was taken to Mullingar hospital for treatment.

Her husband claimed the gardai’s car had been on the wrong side of the road.

The garda driver, Mark Kenny, was breathalysed at the scene and gave a zero reading. The gardai alleged Maeve O’Brien “fled” from the hospital to avoid giving a sample for alcohol testing. She was acquitted in a separate prosecution for failing to give a breath test.

The DPP decided to apply a nolle prosequi in the Gsoc case after the judge said he would not allow evidence from Colm Finn, an expert witness, about the crash scene.Finn said he only visited the site two years after the event.

Judge Kilraine described the evidence from the gardai in the case as unimpressive and welcomed the nolle prosequi as it saved him from criticising garda witnesses “whose purpose was to mislead and not to assist”. In an unusual move Kilraine assessed the O’Briens’ legal costs on the day at €8,600 and ordered that Gsoc pay them.

In its High Court judicial review, filed last month, Gsoc will argue that Kilraine’s ruling is incorrect in law and that he did not have the jurisdiction to make such an order. It will argue that investigating bodies should not be held liable for the costs of defendants in failed prosecutions. Although Gsoc investigated the case, it was the DPP which brought the prosecution.

District Court order 36 (1) states that where a judge strikes out a case it can order any party to proceedings “other than the DPP or a member of the gardai” to pay the other party’s costs. Gsoc will argue it is covered by this rule as it has identifcal powers to gardai in many respects.

Caroline McLaughlin, a solicitor with Callan Tansey, which is representing the couple, confirmed she had been served with court papers from Gsoc.