Family ‘tormented’ by how father was treated in Mayo emergency department 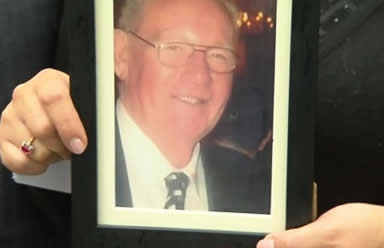 The family of an 82-year-old man who died after being admitted to Mayo General Hospital following a traffic collision four years ago have said they have been tormented every day by what happened to him in the emergency department.

His family had sued the Health Service Executive, claiming there was a delay of more than ten hours in administering blood-clotting medication to him.

An inquest in 2015, into Mr King’s death, returned a verdict of medical misadventure.

That inquest heard Mr King had a history of mini-strokes – or Transient Ischaemic Attacks (TIAs) – and was on blood-thinning medication when he was involved in a traffic collision on 24 April 2014.

The inquest heard he appeared to have had a stroke prior to the collision.

He initially presented with minor cuts to his face, but a CT scan showed evidence of haemorrhaging around his brain.

The Coroner’s Court in Castlebar heard that neurosurgeons in Beaumont Hospital advised doctors in Mayo to administer an anti-clotting drug to counter the effect of blood-thinning medication.

But this was not administered for a number of hours after the recommendation was given.

Lawyers for the family told the High Court that the HSE had offered €55,000 to settle the case.

Marie Ahearne, BL, said the case had been hotly contested by the HSE and four neurosurgeons who gave evidence to the inquest had been “entirely opposed” to each other’s views.

Speaking outside court, the family’s solicitor, David O’Malley of Callan Tansey solicitors, said their experts were firmly of the view that Mr King’s death was caused by shortcomings in the Emergency Department.

He said it took ten hours to administer the appropriate medication.

Despite this, he said, there were 40% more people on trolleys in Mayo General Hospital this month. He said this had to change.

She said there were no words to describe what the past four years had done to them.

She said they knew other families were continuing to suffer in the same way.