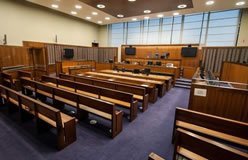 The family of an 88-year-old man who died 13 days after he was admitted to Sligo General Hospital has settled a High Court action over his death on confidential terms.

Doireann O’Mahony BL told the court there was a “catalogue of errors” in the care provided to John McGowan of Drumcliffe, Co Sligo. She said the pensioner was very fit and healthy, still driving his own car, and had a farm before his admission to hospital.

Mr McGowan was admitted to Sligo General on April 6th 2015 where it is alleged his admission assessment only focused on a knee complaint. It is claimed his kidney function was very impaired but allegedly poor monitoring of his renal condition and hydration status allegedly allowed his condition to worsen. John McGowan’s renal failure and pneumonia it was claimed, were allegedly not treated for eight days after his admission. When it was treated, his condition did not respond and he died in April 19th 2015.

Ms O’Mahony told the court liability was at issue in the case.Their claim was, had Mr McGowan’s sepsis and renal failure been identified and treated appropriately from admission, Mr McGowan, a father of seven and grandfather of nineteen, would not have died.

Mr McGowan’s daughter, Caroline Mullarkey, Silverhill, Ballinfull, Co Sligo had sued the HSE for nervous shock over the death of her father. It was claimed there was failure to ensure Mr McGowan had an adequate admission assessment. There was a sole focus on the elderly man’s knee despite his multiple conditions, it was claimed. There was also, it was claimed an alleged failure to appreciate that sepsis other than the knee may have been present.

Ms Mullarkey said she suffered a severe shock when she was advised of the death of her father. She had been extremely shocked by his rapid deterioration and could not believe what was happening. She claimed she suffered nightmares after her father’s death. It was claimed the ward at the hospital where Mr McGowan had a bed was chaotic and communication was poor.

At a meeting in June 2015, it was claimed regret was expressed to Mr McGowan’s family that the hospital did not have an orthogeriatric consultant post at the time. All the claims were denied.