€400,000 for girl, 6, over shoulder injury allegedly suffered at birth 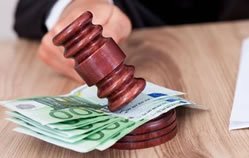 It meant a great deal to our Johan Verbruggen on a personal level, to achieve a fantastic result for little Alice who like him, suffers from Erb’s palsy, as a result of a traumatic birth. We wish her and her lovely family the very best of luck and who knows; Alice may follow Johan’s lead and one day be part of our team.

A six-year-old girl who it was claimed suffered a shoulder injury at birth has settled her High Court action against the National Maternity Hospital for €400,000.

Counsel for Alice, Dr John O’Mahony SC with Doireann O’Mahony BL told the court it was their case when the baby was delivered by junior doctors excessive traction was allegedly applied.

The settlement was without admission of liability.

Alice from Dublin had through her mother sued The National Maternity Hospital, Holles Street, Dublin over the antenatal care provided in the lead-up to her birth, the management of her mother’s labour and her own birth in 2013.

It was claimed she suffered a brachial plexus injury to her left shoulder and now has a shoulder condition known as Erb’s Palsy.

It was further claimed that during the labour an alleged incorrect determination was made of the position of the baby.

Excessive downward traction it was alleged was applied to the baby’s head and as a result it was claimed the baby suffered brachial plexus injury. Further efforts should have been made to overcome the shoulder dystocia it was claimed instead of taking the action of applying traction.

There was it was further claimed an alleged failure to exercise the competence, diligence, care, and judgement to be expected in the provision of antenatal care in the lead-up to Alice’s birth and in the management of the labour and delivery.

If Alice’s mother, it was claimed had been appropriately advised on the options for delivery in respect of the birth of her daughter and on the risks or benefits associated with the different options for delivery, she would have elected for a Caesarean section.

The claims were denied and the court heard the settlement is without an admission of liability.

Dr O’Mahony told the court Alice is doing well under the care of very supportive parents.

Approving the settlement Mr Justice Kevin Cross said it was a very good settlement and he wished Alice well for the future.

Her solicitor, Johan Verbruggen of Callan Tansey Solicitors, who was himself injured in a similar fashion to Alice at the time of his birth, said: “I know from growing with Erb’s Palsy, that there are times, especially in adolescence where having a disability can be tough.

“Alice is an incredibly bright, joyful child with a family who love and support her endlessly. My parents stood in 1996 where Alice’s parents are now, having settled my case.

“I know that when Alice is old enough to understand what has happened here today, it is not the compensation that will matter most to her; it will be that her parents fought bravely and tirelessly, to hold those they consider responsible for her injuries, to account.”