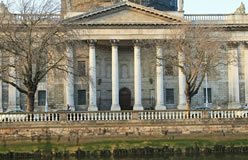 The High Court has approved a settlement of €10.5 million in the case of a 12-year-old boy who was brain injured around the time of his birth.

Sam Forde from Glenview Park in Sligo, sued the Health Service Executive for negligence and breach of duty over the management of his birth at Sligo General Hospital on 20 August 2006.

The settlement was made without admission of liability and the claims were denied.

The court was told the alleged negligence only came to light in 2014 after the family had sought legal advice when Sam’s medical card was cancelled.

The Court heard Sam’s mother, Deborah, had a due date of 8 August 2006. She had attended hospital on 15 August and all was well. She returned two days later believing she was in labour but was sent home.

She returned again on 19 August and was again sent home but returned to hospital the following day where an emergency cesarean section was performed.

The court heard that Sam suffered severe brain damage and now has cerebral palsy affecting all aspects of his life and will require care for the rest of his life.

Senior Counsel Des O’Neill said if the case had gone to trial, their expert witnesses would say Ms Forde should not have been discharged from hospital on 19 August 2006.

After lengthy mediation the case was settled for €10.5m to provide for the care Sam will need for the rest of his life.The court was told his parents are in their 50s and are concerned about his care in the future.Approving the settlement Mr Justice Kevin Cross said it was a reasonable settlement and saved the family the stress of possibly weeks of proceedings which could have an uncertain outcome.The judge said he wished this “loving and protective” family all the best for the future. The judge said the settlement was in money terms the best the courts could do for Sam.Afterwards the family’s solicitor David O’Malley said legal action was initiated after medical records were investigated when the family sought legal advice in relation to the withdrawal of Sam’s medical card in 2014.He said the Forde family was happy with the settlement but disappointed the process took so long and that liability had not been admitted.

Mr O’Malley also said the mediation process had worked well in this case.

As featured in rte.ie