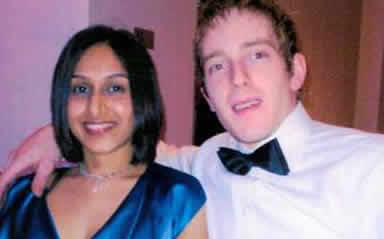 Dhara Kivlehan (28), a retail manager with fashion retailer Next in its Sligo branch died in September 2010 nine days after giving birth to her son Dior by emergency caesarian section at Sligo Regional Hospital.

She died at Belfast’s Royal Victoria Hospital after being transferred there in a critical condition.

After a five day hearing before Sligo/Leitrim Coroner Dr Eamon McGowan, the jury of five men and two women expressed their sympathies to Mrs Kivlehan’s husband Michael and his son Dior.

Dr McGowan gave the jury the options of two possible verdicts after lengthy legal arguments, one of ‘medical misadventure’ and a narrative verdict setting out the circumstances of Dhara’s death.

They took just 58 minutes to reach a unanimous verdict that death was by medical misadventure.

The jury added ‘riders’ or recommendations that information on the availability of tertiary beds be made available on a national basis to all hospitals and an onus on doctors to follow up on all blood tests.

Earlier Adrienne Egan, counsel for the HSE, had argued in the absence of the jury that a verdict of death by natural causes should have been an option for the jury.

Ms Egan had also asked that the legal argument not be reported, even after the verdict.

Roger Murray, solicitor for the Kivlehan family, said the move was “yet another attempt by the HSE to keep what happened here under wraps”.
However Dr McGowan refused to include a ‘natural causes’ option in the verdicts and said the media could report the HSE’s legal bid after the verdict was delivered.

Speaking after the case was over tonight, Michael Kivlehan told independent.ie: “I am not a person to hold a grudge. All I ever wanted was the truth about what happened to Dhara.

“We’ve now had that truth and I want to thank the Coroner for his conduct of the case and the jury for their verdict as well as my legal team from Callan Tansey solicitors who have worked tirelessly on my behalf.

“This should not be the end of the case however. I am determined that lessons are learned so that no family ever has to go through what we went through.

“I lost my wife and Dior lost his mother. No mother in Ireland should die giving birth to a child.”

Earlier the country’s leading expert on maternity care said that Dhara’s death after giving birth to her first child was a result of deficiencies in her care and she may well have survived had doctors acted differently.

The Clinical Director of the National Maternity Hospital in Dublin Dr Peter Boylan told the hearing: “Having reviewed the medical notes from Sligo and Belfast and having read the statements provided to the inquest by those involved in Mrs Kivlehan’s care, it is clear to me that there were deficiencies both in her clinical care and at a systematic level.”

He noted deficits in clinical care included the attribution of all of Dhara’s medical problems to HELLP syndrome, a severe form of pre-eclampsia.

He criticised the delay in obtaining renal and liver specialist input and the failure to consider the possibility of intra-abdominal haemorrhage after the C-section.

Dr Boylan said another deficit in clinical care was the delay in transferring Dhara from Sligo General to an expert centre which he said was ideally St Vincent’s University Hospital in Dublin.

The medical expert said there were three systematic failures in the care of Indian-born Dhara who died from multiple organ failure.

These included the lack of prompt availability of renal and liver specialists at Sligo, the lack of intensive care beds at tertiary hospitals in both Dublin and Galway and the “lack of continuity of care at consultant level due to insufficient numbers of obstetric consultants on staff at Sligo General Hospital.”

Dr Boylan reviewed all of Dhara’s medical notes and made a number of critical comments in his evidence today.

In his summary of Dhara’s care at Sligo General, Dr Boylan noted: “Blood loss as a complication of her surgery does not appear to have been seriously considered despite significant falls in her haemoglobin…her renal function and liver function remained significantly abnormal.”

The medical expert said in his report to the jury of five men and two women: “Mrs Kivlehan presented a very difficult management problem but there was undoubtedly a misinterpretation of her abdominal distension which was incorrectly not attributed to intra-abdominal bleeding.”

He went on: “It is debatable however whether or not earlier intervention to deal with this problem would have made a significant difference in the long-term given the extremely complicated nature of her presentation.

“Nevertheless had this intra-abdominal haemorrhage been recognised and dealt with, and an earlier transfer to a tertiary centre been organised, it is possible the outcome might have been different. This however remains conjecture.”

Dior was born just before 6am on September 21, 2010, the day after Dhara was admitted to Sligo General Hospital.
Asked by Roger Murray, Medical Negligence Solicitor at Callan Tansey, how Dhara would have been treated at the National Maternity Hospital, Dr Boylan replied: “She would have been transferred to St Vincent’s Hospital to a kidney ward, a liver ward or the ICU there, depending on what they (doctors at St Vincent’s) believed.

He added: “The real problem was that she was not being seen by a kidney or liver specialist.”

Dhara was eventually transferred to a tertiary hospital – Belfast’s Royal Victoria Hospital – at 10.30pm on September 24.

He said had Dhara been admitted to the National Maternity Hospital “we would have transferred her.”

Dr Boylan said his hospital “had the luxury of being able to do that which is not the case around the country.”

He said Dhara should have had the input of renal and liver specialists on the day of the birth and the decision not to do so for two more days was “an unacceptable delay”.

The independent medical expert also agreed with Roger Murray, Solicitor from Callan Tansey, that staff at Sligo General Hospital had got it wrong when they noted that Dhara’s medical condition was improving.

If you would like to discuss a medical misadventure case with our medical negligence solicitors here at Callan Tansey in complete confidence, please call us on +353(0)71 916 2032.