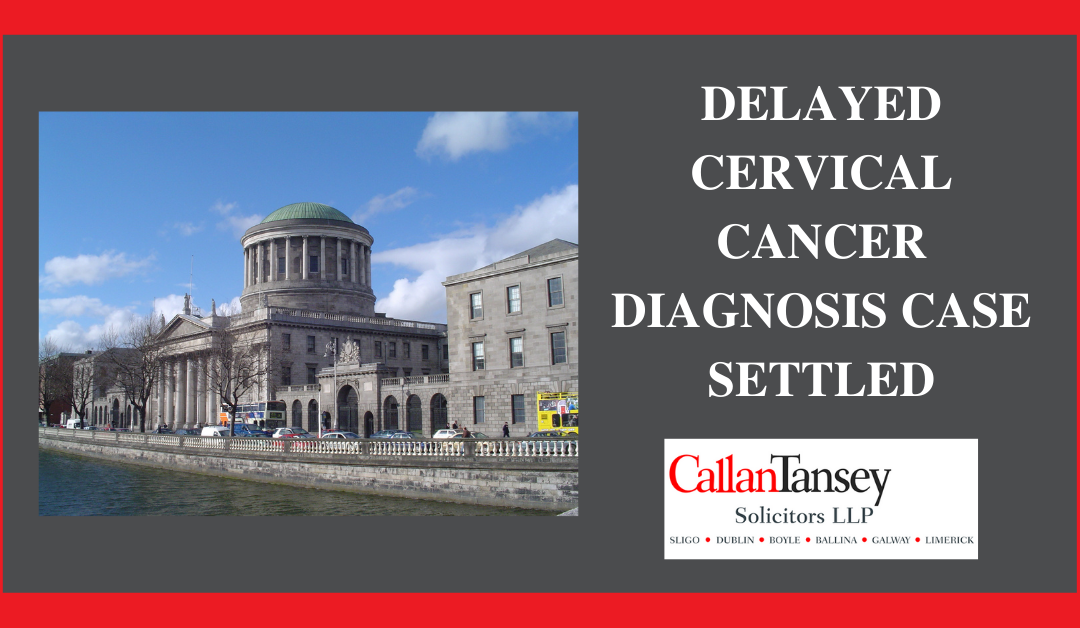 A woman in her early forties with a terminal cancer diagnosis had her legal action settled in the High Court recently.  The mother of four claimed her cervical smear test was negligently misread which lead to a delayed cervical cancer diagnosis.

The case opened last Friday when the court heard that it would be fully contested by the HSE, who operate the national cervical screening programme, Medlab Pathology Limited and a pathologist. The court heard that the mother of four had a routine smear test as part of the CervicalCheck screening programme which returned a normal result in May 2015. Subsequently, she presented at a hospital emergency department with bleeding and extreme tiredness and a diagnosis of cervical cancer was confirmed in April 2017.

After the claimants cancer was diagnosed the HSE conducted an internal audit of her smear test.  The court heard that the HSE admitted to a breach of duty only in respect of a delay in relaying the results of that audit. It is alleged that this internal review saw the 2015 smear test reclassified from one with a negative result to one showing atypical squamous cells of undetermined significance.

The plaintiff claimed that if her May 2015 smear test had been properly reported at the time, and she had then been referred to colposcopy or advised to undergo more interval smear tests or other investigations she would have had an earlier pre-cancer diagnosis.  This would then have been treated and not developed into terminal cancer.  Oonah McCrann SC, instructed by Orlagh Sharkey of Callan Tansey Solicitors, told the court that the cancer diagnosis and treatments have had a “devastating” impact on the mental and physical health of their client.  She has endured radical radiation therapy with chemotherapy, yet despite these efforts has received a terminal diagnosis and is receiving palliative treatment.

Confidential Settlement with the HSE

The woman attended the court with her Partner and became emotional watching the proceedings from her wheelchair. The confidential settlement with the HSE and Medlab Pathology was without admission of liability. The case against the pathologist was struck out on consent.

Speaking after the case Orlagh Sharkey, stated “The women of Ireland, and their families deserve better.  These cases should be dealt with by mediation at the earliest possible opportunity. Many of these women are dying and want to ensure their dependent children are provided for financially.  We will continue to work tirelessly to ensure each family affected by the cervical check scandal receive the compensation and recognition they deserve’’.

Orlagh Sharkey is a Senior Associate Solicitor at Callan Tansey specialising in Medical Negligence and Family Law. She holds Post Graduate Diplomas in both Healthcare Law and Family Law