Crumlin hospital apologises to parents over death of baby 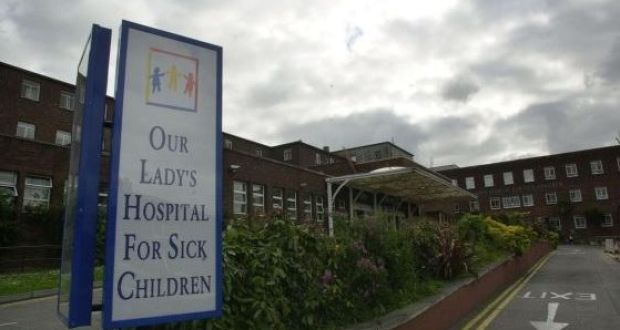 Our Lady’s Children’s Hospital, Crumlin, Dublin, has apologised in the High Court to the parents of a nine month only baby boy who died in the hospital three years ago.

In the High Court on Friday a letter from Helen Shortt, the hospital’s chief executive, offered a “sincere apology” to the parents and family of Eoin Julian in relation to his death on December 30th 2015.

“The hospital unreservedly extends it’s heartfelt and sincere apology for the shortcomings in the care provided which caused the death of your baby son Eoin and for the distress and suffering this has caused to you both and your family,” it said.

The apology was read under a settlement of the action by Eoin’s parents Sean and Aine Julian, Whitethorn Grove, Ballylinan, Co Laois against the hospital over the circumstances of their son’s death.

Oonah McCrann SC, for the Julians said Eoin was born on March 16th 2015 with congenital heart disease and was doing well until he got lower respiratory tract infection.

The couple’s action for nervous shock was settled on confidential terms.

It was claimed the baby was admitted to the hospital in July and August due to poor feeding and in November 2015 with a croupy cough and episodes of cyanosis. He had a review in the cardiology clinic and an echo cardiogram was performed.

On December 29th he was brought to the emergency department of the hospital and was recognised as being in significant respiratory distress, it was claimed.

It was claimed he was sent to the general ward despite the consultant respiratory physician who attended on the baby advising he should be in paediatric intensive care as he was on a machine to assist his breathing.

During the afternoon of December 29th, it is claimed the baby was crying and agitated. The parents, it was claimed, made several attempts to raise the consultant’s comment regarding intensive care admission and wanted their son to go to intensive care.

It is claimed the parents were advised it was not necessary and the baby was well enough to remain on the ward.

On December 30th, Eoin was very unwell and exhausted and his parents were increasingly concerned about his colour, it was claimed . His mother repeatedly asked a member of the nursing staff to call a doctor but was advised the doctor was on the ward round and would attend to the baby that morning, it was alleged.

Eventually, another member of the nursing staff reviewed the baby and as soon as she saw him she requested medical assistance, it was claimed. Later that morning the baby was transferred to intensive care where he later died.

It is claimed there was a failure to admit the baby to the High Dependency Unit or Paediatric Intensive Care in a prompt or timely manner and an alleged failure to heed the risk to the baby of potential serious complication arising as a result of his medical history.

Liability was admitted in the case.