Could COVID-19 drive important changes in the Irish Court System? 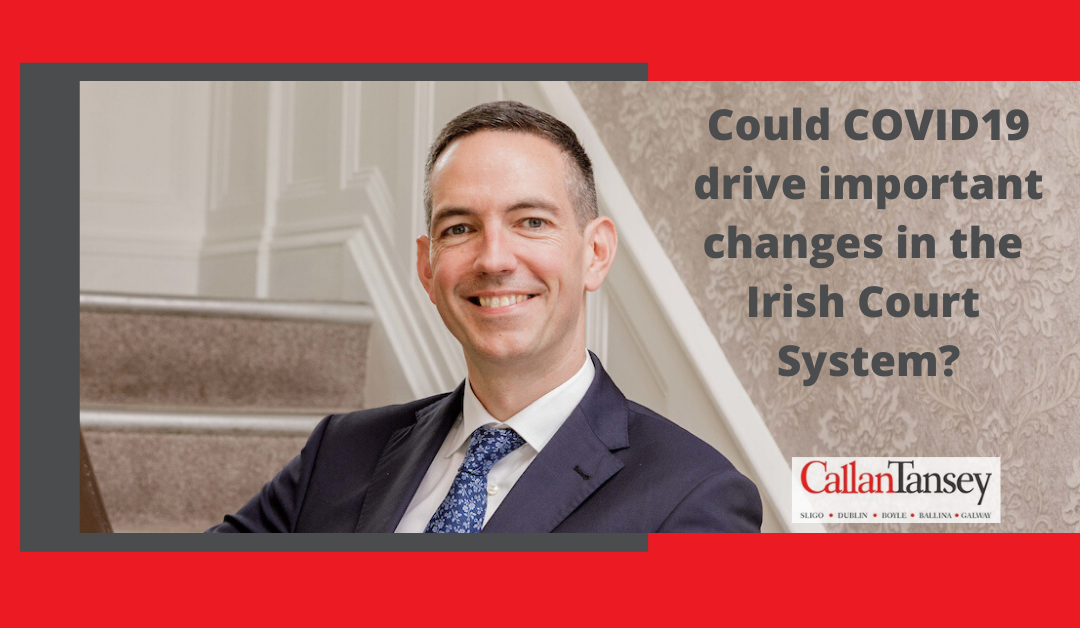 The COVID-19 crisis has been massively disruptive to court sittings as it has to many other essential activities. High Court personal injuries sittings have been suspended since mid-March. Some sittings have taken place in criminal cases, family law cases and other emergency settings. This shows that justice can still be done, respecting social distancing and the requirements of public health and that the physical presence of lawyers and judges is not always necessary.

The delivery of public services in Health and Education has seen a turbocharged transformation over the past few months.. Could a legacy of the pandemic be a similar transformation of the administration of justice in Ireland?

Court procedures: A legacy of the past?

The legal profession has always been steeped in tradition and time-honoured procedures. Many of our courthouses are historic buildings, with classic architecture, and echoing halls. Little has changed in the 170 years since Dickens wrote …”I counted 23 gentlemen in wigs who chatted about the case with the Lord Chancellor and contradicted and explained among themselves.. And some of them read huge volumes of affidavits. [A]after an hour so of this and a good many speeches… it was referred back for the present and the papers were bundled up again before the clerks had finished bringing them in” Bleak House, chapter 24, Charles Dickens (1853). 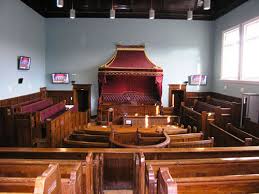 This passage could describe the scene at the personal injuries call over which took place every morning in the era pre COVID. One could find 40 or 50 lawyers packed in to one of the high ceilinged Georgian courtrooms of the Four Courts to answer the Roll Call of cases scheduled for that day and to indicate to the judge whether their particular case was going and how long it was to last. The first cases in the list were allocated to any available judge or judges on the basis of their number being literally drawn from a hat. To quote from one of the leading advocates of the use of information technology in law, Richard Susskind “today’s courts were designed for a different epoch”

How technology can improve the service

It is entirely clear that such a “call over” could take place via an exchange of emails in the day or days leading up to the listing of those cases. Indicating to the court how long a case is likely to last should be a matter of written submission. Even with the lifting of restrictions in terms of numbers congregating indoors, this inefficient and outdated use of the courts’ time should be consigned to history. Richard Susskind has written that “at its core… Court work is information based. We live in an age when we are greatly enhancing our capacity to process [such] information.”

This exchange of information ought to take place in writing and electronically as far as possible in advance of the case coming on for hearing. Virtual hearings can take place on preliminary issues so that only the core issues or those which cannot be resolved need to be dealt with by means of a physical court sitting.

What can Solicitors and Barristers do to help?

As well as improving the use of technology there needs to be better lawyering. Take for example one case I know of where we have submitted a 21-page document with 39 particulars of negligence. Lawyers are terrified of the sin of omission. In reality, the key issues in that case could be summarised in one paragraph. We need a new culture of conciseness. We also need new rules of court to streamline court documents and to ensure that there is a proper distillation of the issues.

The new President of the High Court, Ms. Justice Mary Irvine, has asked lawyers involved in personal injury cases, which have been delayed due to the pandemic, to focus on negotiations.  As around 97% of all personal injury claims are settled, she urged all those involved in these claims to try and bring about the result that would have been achieved if the cases had been listed for hearing. President Irvine has said that there will be a virtual call over of those cases at the end of July to see what progress has been made. This statement is to be welcomed, because the more judicial oversight can be brought to encourage the sides involved in a court case to, at the very least, narrow down the issues between them, the fewer cases will end up in a courtroom.

President Irvine’s statement stresses the need for lawyers to work harder to keep cases out of the courts where possible. Only a tiny minority of litigants want to set foot in a courtroom. They still deserve justice, however, and need to be reimbursed for their losses. Why is the heavy hammer of a judge required to bring about resolution? Why are so many cases being “settled on the steps”? Perhaps it is perception bias, but in my 25 years of acting for injured patients and their families, I have seen first-hand the State /HSE’s reluctance to come to reason until the very last moment. Maybe it is the prospect of a judgement looming that results in cases concluding just as they are about to be heard. That said, there has been a significant improvement by the State Claims Agency and its advisors in seeking earlier settlement of cases, especially using alternative dispute resolution and mediation, but more can and needs to be done-on both sides.

Justice Must Be Seen To Be Done

One of the essential pillars of justice is that it must be seen to be done in public. If the public are prevented or restricted in numbers from attending court how is that constitutional requirement to be upheld? I make the case that it can be achieved by filming and streaming live all court proceedings other than those which are private for good reason e.g. family law cases or those involving vulnerable people (so-called in camera cases). Except for those in camera cases all other matters should be on camera. The Supreme Court of the UK streams all hearings live. We already have audio digital recording (DAR) in most courtrooms. Adding cameras will not detract from the administration of justice but rather, in circumstances where there will be restricted public access now and in the long term, will enhance it. Our Supreme Court has already allowed cameras to film it delivering judgement in one case.

Is it reasonable to have, in the same High Court list, a litigant who has sustained a fracture from slipping on a broken pavement, alongside a case for a child who has catastrophic lifelong damage caused because of negligence at his or her birth? And yet, that is the system we have now. The only factor uniting the two types of case is that both plaintiffs have suffered personal injury. In all other respects, they are planets apart, by reference to: the severity of the injury; how that injury came to be caused; the requirements for future assistance and care; the number and speciality of experts required; and how long the case will take to come to a conclusion. In the first example, the case can be disposed of in a day, is likely to hear from the more than five or six witnesses,and will attract damages in the low to mid-tens of thousands. In the second example, cases have been known to run for up to 10 weeks, can hear from up to 30 witnesses, and, if successful, will result in those children recovering damages to cover their needs for life, which can come to tens of millions of Euro.

The time has now come for the establishment of a separate list for medical cases. The recent crisis has shown that medical care is complex, involves challenging decisions and, occasionally, heart-breaking outcomes. When the healthcare system is challenged, that challenge deserves robust scrutiny. That scrutiny can best be supplied by a judge or judges who are accustomed to and become expert in, hearing that sort of case. As things stand it seems very unfair to ask a judge, no matter how mentally agile or able they are, to move from one day hearing a case about an accident on a building site, to the following day dealing with a  case involving issues of obstetrics, genetics and neuroradiology.

Special rules of court should be adopted to streamline medical cases and set out guidance on how they are to be conducted e.g. exchange of court documents and witness statements. Where possible the issues should be distilled, and dealt with by preliminary issue. We have an excellent precedent: the Commercial Court. Established in 2004, is has been an enormous success in processing multi-million euro commercial disputes. New rules of court were designed and adopted just for that court and it was presided over with great aplomb and efficiency by the former president of the High Court Peter Kelly.

The children and adults of the nation catastrophically damaged by medical care; who were harmed when they should have been healed, deserve the same judicial attention.

Segregating medical cases from run-of-the-mill personal injury cases will free up court time for those latter cases which, although usually less serious, are much more numerous. As things stand, medical cases occupy the top slots in personal injury lists and take up many weeks of court time. If a separate medical list existed, court time could be better used to process those cases capable of quicker resolution.

The COVID 19 crisis has presented (and continues to present) unprecedented challenges; for the most part, we as a society and global community have risen to those challenges. In adapting, and in addressing those issues thrown up by the crisis, we have had the opportunity to look critically at how we have been doing things and to ask: is there a better way? The administration of justice should be no exception. Susskind has written that it is difficult to change the wheel on a moving car. Before the wheels of justice get moving again, now is the time to check.