Christopher Callan Re-Elected To Council Of Law Society Of Ireland 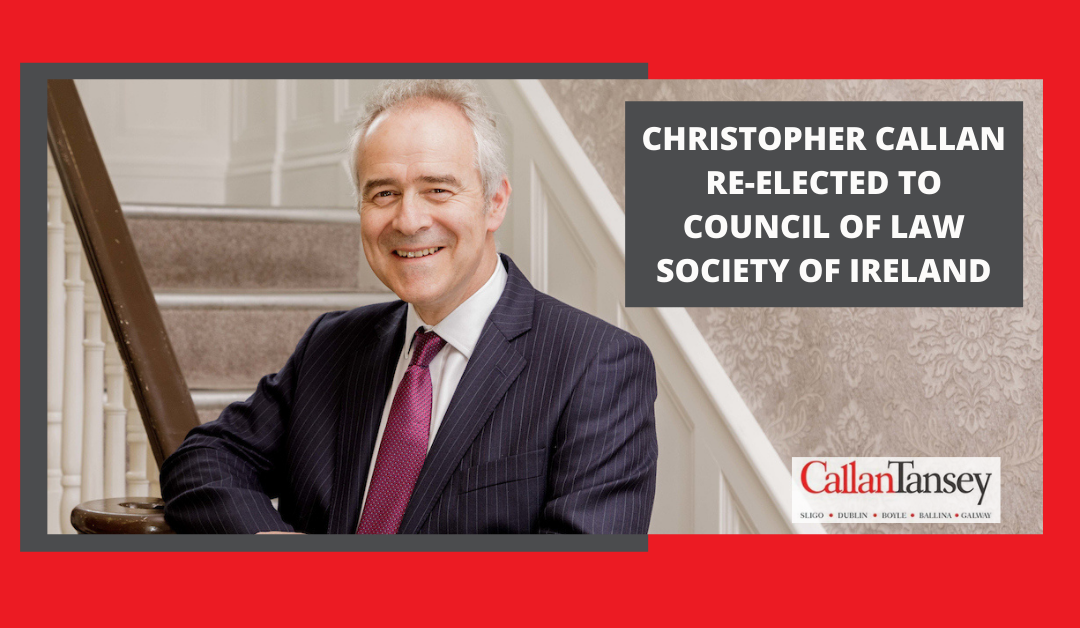 We are delighted to announce that Christopher Callan was re-elected to the Council of the Law Society of Ireland in last Friday’s election.

A Council member since 2012, Christopher has been a member of several committees and chair of both the Regulation of Practice Committee and the Finance Committee. Speaking after the election results were announced, he said, “I am delighted to be re-elected to the Council of the Law Society. I would like to thank all my colleagues in Callan Tansey, and throughout the profession for their support and am honoured to have been elected to serve them once again. I will continue to work as hard as I can in the interest of the profession”.

The Law Society of Ireland is governed by a Council, comprising elected and nominated members of the solicitors’ profession. It also delegates statutory functions to a range of Committees.

The purpose of the Council is to act “for the better rule and government of the Society, and for the better direction and management of the concerns thereof.” The statutory functions performed by Council can be divided into:

Under its legislative framework, the Council of the Society is empowered to elect a President and Vice-Presidents from among the Council members elected in the annual national election. This is done at the Council meeting immediately following the Annual General Meeting in November of each year. Officers serve for a period of one year.

The Council is made up of 31 elected members, four provincial delegates and 13 nominated members from the Law Society of Northern Ireland, the Dublin Solicitors Bar Association, and the Southern Law Association. Past Presidents are entitled to attend Council meetings for three years following their year of Presidency.

Fifty per cent of the elected Council must retire annually and elections are held to fill the vacancies arising, with successful candidates serving for a two-year period. The nominated members of the Council are appointed on an annual basis.