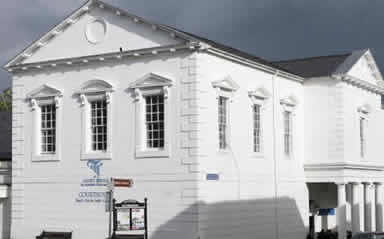 Disgruntled client loses her claim for damages against dating agency

‘The first man was shy, the second rude, the third desperate and the fourth was too enthusiastic’

A WOMAN who sought damages from a dating agency after she was “groped, assaulted and battered” by prospective suitors has had her case dismissed. Annemarie McBrearty (35) was introduced to four men through the Happy Matchmaker dating agency but failed to find romance.

Instead, one of the men wanted to take her home to spend a weekend with him on the second date, while another “put his tongue” down her mouth when she leaned over to deliver a polite goodbye peck on the cheek.
Donegal District Court judge Kevin Kilrane yesterday dismissed Ms McBrearty’s claim for €6,348.99 for negligence, breach of duty and fraudulent misrepresentation.

Ms McBrearty claimed it became clear after four introductions that the prospective suitors had not been vetted or screened in any way. As a result she was “groped, assaulted and battered without lawful excuse”.

Ms McBrearty, of Oldtown, Letterkenny, Co Donegal, paid €600 to the matchmaking agency in January 2009 for introductions to 12 men. The first man was so shy that he uttered just two sentences in 45 minutes on their first and only date. When she asked him about his interests such as the cinema, all he could say was “times are hard”.

She met the second date — who had availed of a Valentine’s Day special offer at the agency — in a coffee shop. After taking her number, he said he would be getting back on to the agency to see what else they had to offer.

The third date seemed “extremely desperate” and became verbally aggressive with her. She left the hotel bar in tears. He later apologised and she gave him a second chance — at which he invited her to stay at his home for a weekend “to get to know him better”.

She met the fourth man in a coffee shop and decided she wasn’t attracted to him at all. When she reached over to give him a peck on the cheek in a polite goodbye, he leaned in, put his arm around her and put his tongue down her mouth. “I was disgusted. It was not that we were going to start snogging in a shopping centre in the middle of the day,” she said. Vetting Agency boss Mary Mitchell, of Ballintra, Co Donegal, who set up the agency three years ago said her vetting procedure included a lengthy questionnaire and interviews lasting up to two hours.

Ms Mitchell said she would go through the contract with potential clients, insisting they read it before they signed it. She said that since the case had been publicised, she had received calls threatening her business, which had gone downhill, and had been forced to let her only staff member go.

Judge Kilrane said Ms McBrearty was not vulnerable — but she was articulate and well able to state her case.
“Four men were introduced to her and they all appeared to be within the range of compatibility,” he said.
Summing up the four men, the judge said that the first one was shy, the second was “more unmannerly”, while the third was “desperate for a partner” and wanted action straight away. The fourth man may have been offered a peck on the cheek but he felt it was otherwise.”

A misunderstanding can arise in this type of situation. There is no suggestion he was anything but over-enthusiastic,” said the judge.
He added that none of the men in the case fitted into the category of sexual predator.

Dismissing the case, the judge made no order on costs, saying he found both sides in the dispute absolutely honest.