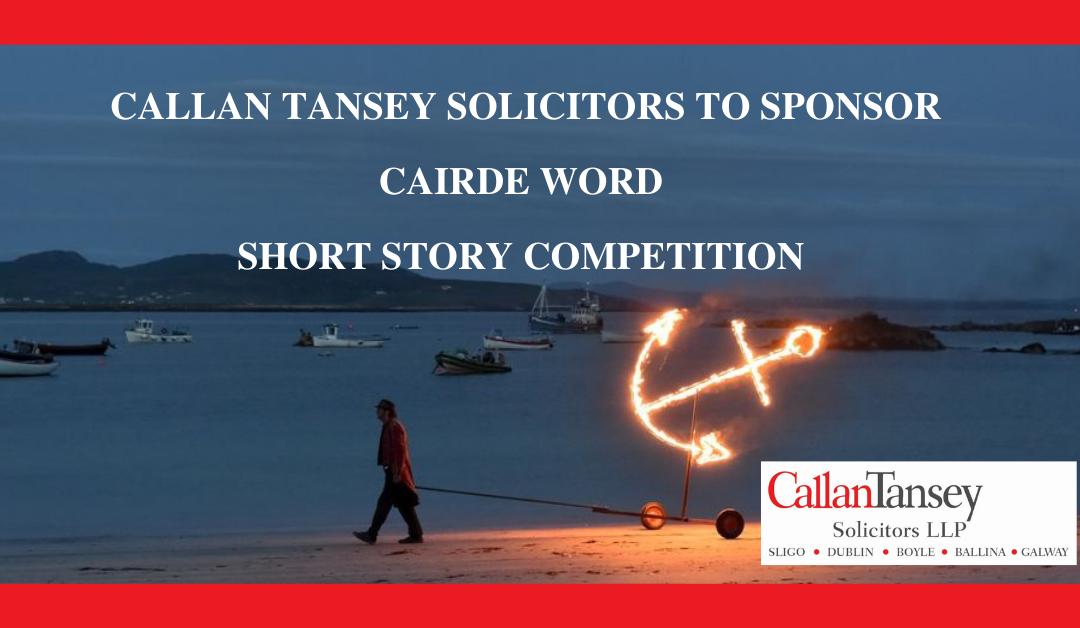 Callan Tansey Solicitors is delighted to announce its sponsorship of Cairde Word – the inaugural short story competition – of the  Cairde Sligo Arts Festival. From Roman times legal norms have been written down and preserved. To this day writing and the written word continue to be of central importance to the legal profession and the administration of law.  Here at Callan Tansey Solicitors we have long been supporters of those who champion excellence in the written word and so are delighted to sponsor the first prize of €2,000 for the Cairde Word short story competition.

The introduction of the short story competition this year is a very welcome addition to the growing literary strand of the arts festival programme which has featured acclaimed writers such as Maggie Nelson, Sara Baume, Kevin Barry, Emma Dabiri, Ian Maleney and more.

The short stories will be judged by Sinéad Gleeson and Louise Kennedy. Speaking about the importance of such competitions, Louise Kennedy said; ‘I’ll never forget the sense of validation and purpose my first short-listing in a writing contest gave me. The Cairde Word -Short Story Competition, with its particularly wonderful prizes, is a fantastic new opportunity for writers and I’m thrilled to have been asked to join Sinéad in the judging process.’

Any writers who wish to participate must read the terms and conditions and follow the link on the festival website to submit. The competition will open on March 1st and  is open to anyone aged 18+. The longlist will be announced on June 9th, followed by the shortlist on June 23rd. The winners will be informed privately by email, and formally announced during the festival on Saturday July 10th.

For further information and to submit an entry, visit Cairde Arts Festival.