Callan Tansey in association with The Sligo Champion are delighted to announce Sligo Sports Awards.

To recognise and reward the sporting achievements of participants, clubs, coaches & volunteers. Nominations currently being taken.

Do you know of a team or individual you feel should be recognised for their sporting achievements over the last 12 months?  Now is the chance to give them the praise they deserve by nominating them for the Sligo Sports Awards 2017! Closing date for nominations is 15 February 2017. 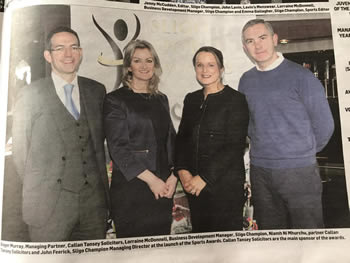 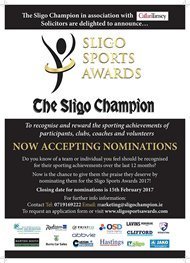