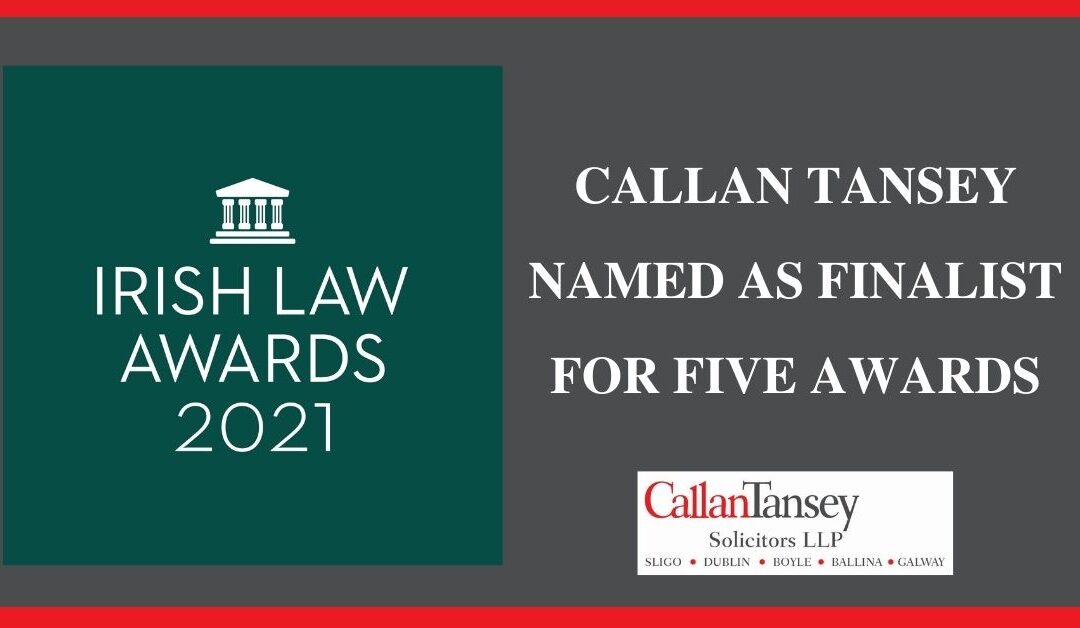 Callan Tansey Solicitors has been named as a finalist in Irish Law Awards 2021. The awards recognise excellence in the legal profession in Ireland.

Law Firm of the Year – Connacht/Ulster

Excellence in Marketing and Communications

The Irish Law Awards, which take place each year, are judged by a panel of experts.  Nominees are judged against a set criteria.  There are two rounds of online judging followed by judging panel meetings to determine finalists and the ultimate category winners.

Callan Tansey has been a finalist, and winner, at the Irish Law Awards a number of times over recent years. The winners of this years awards will be announced  on Friday, October 29th, 2021.