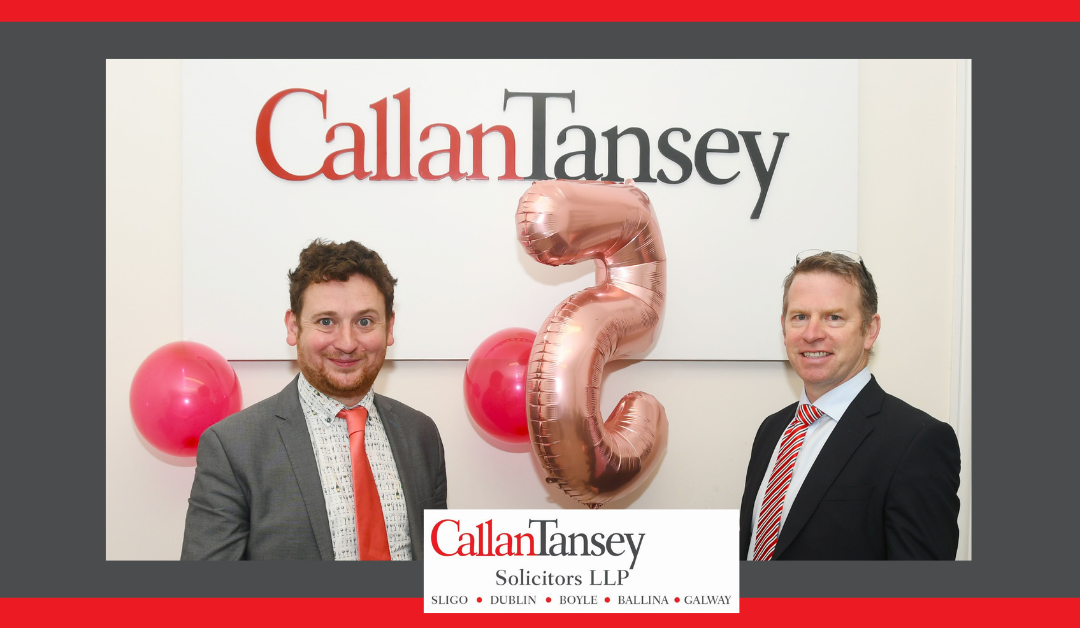 It has been five years since Callan Tansey Ballina opened its doors. This milestone was marked by the staff this week at a coffee morning at the office.

Callan Tansey Ballina provides a full range of legal services for people across North Mayo and West Sligo, a population of 75,000.  The team have particular expertise in litigation, and have run several high profile medical negligence and personal injury cases. Notably, flagship inquests and including upcoming Covid inquests. Clients of Callan Tansey Ballina also have access to specialist expertise in other areas of law offered throughout the Callan Tansey network of offices.  The firm was named Medical Negligence and Personal Injury law firm of the year at the recent Irish Law Awards.

David O’Malley, Partner at Callan Tansey leads a team of seven people at their Ballina office. David is well known in the area for his community work.  An active member of the Ballina Community Clean Up he has also been involved in several fundraising initiatives in recent years including the Ballina sensory park which will be completed in 2022. 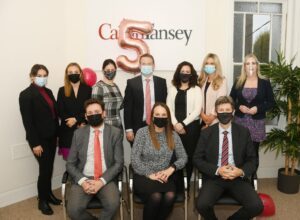 Since opening the office in 2016, the team at Callan Tansey has supported local charities and voluntary groups. The firm currently sponsors Ballina Town F. C and Ballina Squash Club. It also  provides support to a number of voluntary local initiatives including Ardnaree Sarsfields, Ballina Community cleanup and range of festivals and events. The team have also led sustainability initiatives including a pocket forest at back of the office.

According to David O’Malley, Partner, “the opening of a Callan Tansey office in Ballina provided specialist expertise medical negligence/personal injury law to the Ballina and North Mayo region. As a proud Ballina and North Mayo native I was delighted to be tasked with heading up the Ballina office. We have gone from strength to strength. The Callan Tansey mantra is one of approachable excellence and I am so proud how embedded we have become in the local community. I am proud to have overseen the growth and expansion of our office. Ultimately it is about providing an excellent service while being empathetic to people who are often in very vulnerable situations. ”