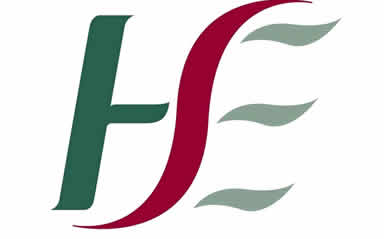 A SEVERELY disabled teenage boy with cerebral palsy has secured €4.5 million in a settlement of his High Court action against the Health Service Executive (HSE) over alleged negligence in the circumstances of his birth at Sligo General Hospital.

The settlement was made without admission of liability.

It was alleged that a Caesarean section procedure would have averted the injuries sustained by Evan Doyle and it was also claimed an excessive dosage of a drug used to induce birth was administered to the child’s mother at the time.

The proceedings were taken by Evan Doyle, suing through his mother Janice Doyle, of Mountain Close, Cartron View, Sligo.

Desmond O’Neill SC, for the boy, told Mr Justice John Quirke, yesterday that the settlement offer was €4.5 million and was made without admission of liability.

Mr O’Neill said the case arose after Ms Doyle, then aged 25 and overdue on her pregnancy, was admitted to Sligo General Hospital on October 6th, 1995.

She was given a dose of 2mg of Prostin E2 which produced a pattern of contractions greatly in excess of the required rate and was twice the recommended dose.

The defence had argued this was standard practice at the time and was not evidence of negligence, Mr O’Neill said.

When the situation deteriorated, a decision should have been taken to carry out a Caesarean section but this was not done and a monitor was removed, he added.

A decision was then taken to perform a Caesarean section but, unfortunately, when the consultant arrived it was too late.

It was claimed Evan was delivered by forceps and went on to develop cerebral palsy and spastic quadriplegia.

The court was told Evan was totally dependent on others and would remain so for life. While his speech is almost non-existent, he uses his eyes to communicate and also used a “talker” provided to him by the HSE. Mr O’Neill said he required physiotherapy, speech therapy and occupational therapy.

Mr Justice Quirke said the settlement figure was “completely speculative”. How could anyone predict how long the boy would require care, he asked.

He reiterated his call to review the law in such cases to allow for a system of staged payments to last for life. The current lump sum payments were not a very logical way of dealing with such cases, the judge said.

Solicitor for the boy, said afterwards that the concerns raised by the judge were being addressed by the relevant authorities.

Outside the court following yesterday’s ruling, the boy’s father John Doyle said: “Im glad it’s all over. It has been a long couple of years. I’d like to thank our legal team and our medical team.

“We’re blessed with a great son, absolutely happy, and I’d just like to thank everyone involved over the last few years and anyone who supported Evan, anyone in Sligo that supported Evan or Dublin who’s seen him in hospitals.

“They have been absolutely great to us, you know, we couldn’t have asked for better and we’re so proud of him.”

He added: “It’s not about money, it was never about money . . . I wanted answers, I got my answers. I hope everyone else is happy with that.”

Asked if he would have liked for the HSE to admit liability in this case, Mr Doyle replied: “I think every parent does. We just move forward from here on. Nothing changes for us. The last 14½ years with my wife – best girl in the world – couldn’t have asked for better.

“You know, great wife, great mother. As you can see, Evan is a happy child, you know . . . we just move forward. We’re happy. We just go back to the west and get on with life.”